April 7 moon turns new six hours before perigee – closest point to Earth. We won’t see it, but it counts as a supermoon and will affect ocean tides.

When you see the sun on April 7, think of the moon, too. It’ll be between us and the sun – but not exactly between – crossing the sky with the sun throughout the day. Image via Flickr user Nigel Howe.

The new moon of April 7, 2016, is the closest new moon of the year. It turns new some six hours before reaching perigee – the moon’s closest point to Earth in this monthly orbit. The April 7 moon counts as a supermoon despite the fact that we won’t see the moon in our sky. In fact, when you see the sun on April 7, think of the moon, too. It’ll be between us and the sun – but not exactly between – crossing the sky with the sun throughout the day. Image top of post via Flickr user Nigel Howe.

Wait, you say? Supermoon? But the moon isn’t anywhere near full on this date!

That’s right. This isn’t a full supermoon. It’s a new supermoon. In fact, the new moons on March 9, April 7 and May 6 all qualify as supermoons.

There are six supermoons in 2016, but this April new moon ranks as the second-closest supermoon of the year, after the November 14 full moon supermoon. Some two weeks from now, on April 22, the full moon will closely align with apogee – the moon’s most distant point – to stage the smallest and farthest full moon of 2016. This sort of full moon is sometimes called a micro-moon or mini-moon. Follow the links below to learn more.

What time is the April 7 new moon? How close to perigee?

Can I see the April 7 supermoon?

What is a supermoon? The term supermoon didn’t come from astronomy. We used to call these moons perigee new moons or perigee full moons. Perigee means near Earth. An astrologer, Richard Nolle, is credited with coining the term supermoon. He defines them as:

It’s a very generous definition, and it’s why supermoons are common in popular culture. According to Nolle’s definition, the year 2016 gives us a total of six supermoons: the new moons of March, April and May, and the full moons of October, November and December. 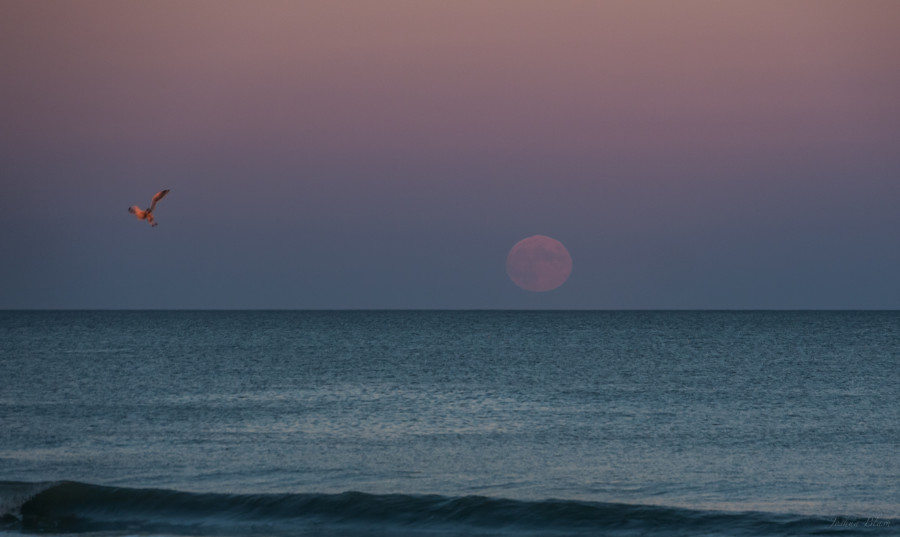 Spring tides accompany April 2016’s supermoon. Will the tides be larger than usual at the March, April and May new moons? Yes, all new moons (and full moons) combine with the sun to create larger-than-usual tides, but perigee new moons (or perigee full moons) elevate the tides even more.

The April 7 extra-close new moon will accentuate the spring tide, giving rise to what’s called a perigean spring tide. If you live along an ocean coastline, watch for high tides caused by the March, April and May 2016 new moons – or supermoons.

Can I see the April 7 supermoon? Don’t expect to see the new moon on April 7. At the vicinity of new moon, the moon generally hides in the glare of the sun all day long, pretty much rising with the sun at sunrise and setting with the sun at sunset. On the other hand, if you were on the moon looking at Earth, you’d see a full Earth. 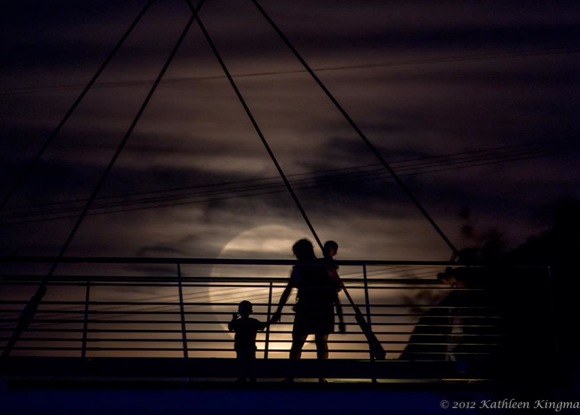 Last year, in 2015, the September 28 supermoon presented the final eclipse of 2015 – and the fourth total lunar eclipse of a lunar tetrad – also known as a Blood Moon.

Bottom line: The April 7, 2016, moon counts as a supermoon because it’s new and near Earth. No, you won’t see this moon, because the new moon hides in the glare of the sun, but you might discern the higher-than-usual tides along the ocean shorelines.