Moon’s near side is its dark side 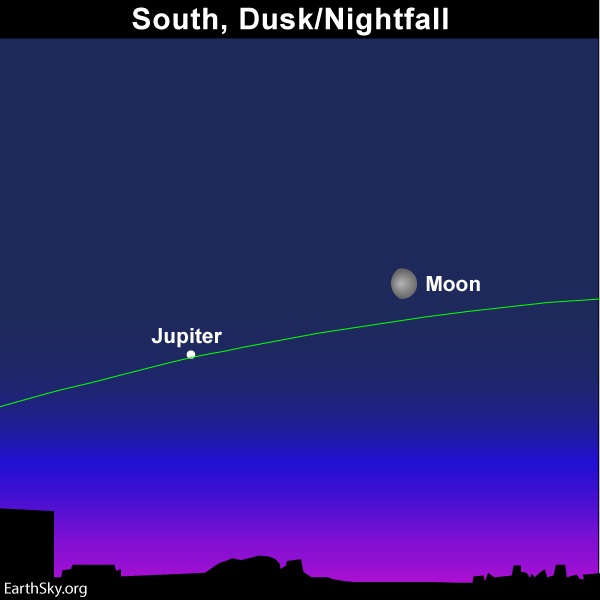 Tonight, while the moon is a few days shy of meeting up with the king planet Jupiter, let’s see if we can make out the dark areas on tonight’s waxing gibbous moon. These smooth, low-lying lunar plains are called maria, the plural for the word mare, the Latin word for sea. You should be able to see the darkened portions on the moon with the eye alone. The dark maria on the moon’s near side – the solidified remnants of ancient lunar seas of molten magma – make the near side of the moon reflect less light than the far side, which has fewer maria.

So, in terms of albedo or reflectivity, the moon’s dark side is its near side. 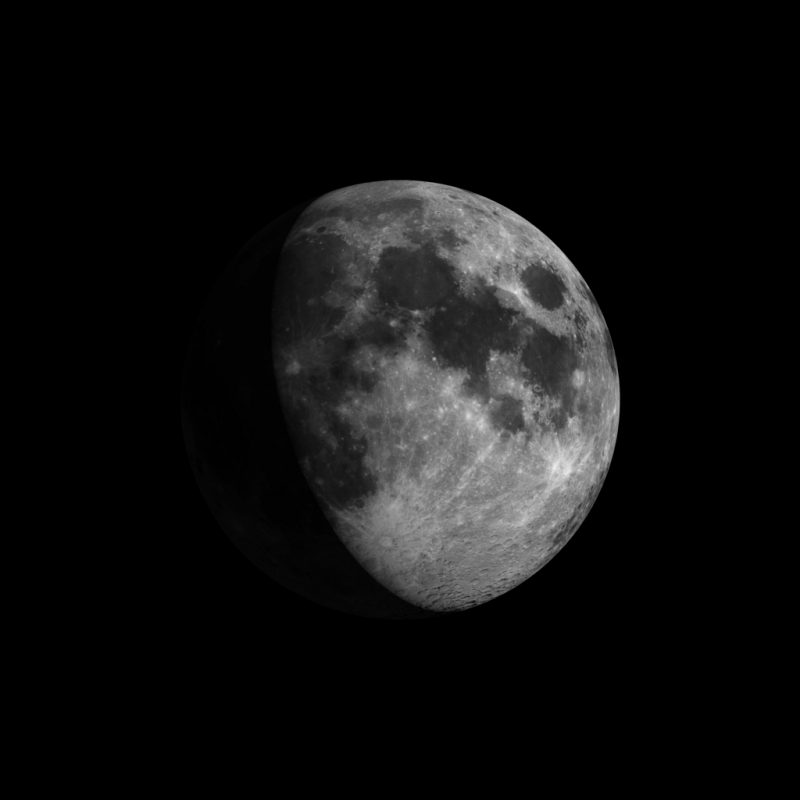 Image of the July 11th waxing gibbous moon via the US Naval Observatory.

If you’d like to scrutinize the maria more closely, use binoculars or a telescope. Remember, the view will be better around the time of sunset or early dusk – before the dark of night accentuates the moon’s harsh glare.

In times past, astronomers really thought the dark areas contrasting with the light-colored, heavily-crated highlands were lunar seas. In some ways they were correct, except that these were seas of molten magma instead of water. Now solidified, this molten rock came from volcanic eruptions that flooded the lunar lowlands. However, volcanic activity – at least from basaltic volcanoes – is now a thing of the moon’s past. 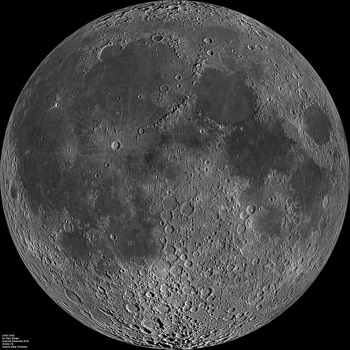 Near side of the moon. 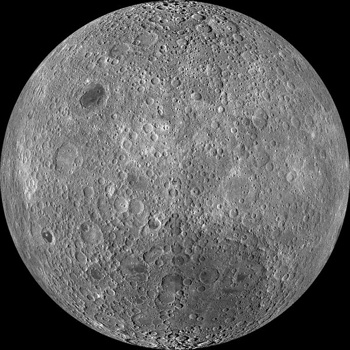 Far side of the moon via Wikimedia Commons.

Maria cover about 30 percent of the near side but only 2 percent of the far side. The reason for this is not well understood, but it has been suggested that the crust on the moon’s far side is thicker, making it more difficult for magma to reach the surface.

The lighter-colored highland regions of the moon are composed of anorthosite, a certain kind of igneous rock. On Earth, anorthosite is uncommon, except for in the Adirondack Mountains and the Canadian Shield. For this reason, people in this part of the world like to fancy that the moon originated from their home turf.

The prevailing theory states that the moon was formed when a Mars-sized object crashed into the Earth, creating a ring of debris that eventually condensed into the moon. I suppose time will tell whether this explanation for the moon’s origin is true or false.

Bottom line: Strange as it may seem, the moon’s dark side is its near side. By that we mean the near side of the moon reflects less light – due to a collection of dark, low-lying lunar plains that are the solidified remnants of ancient seas of molten magma.