Moon at southernmost point on August 14 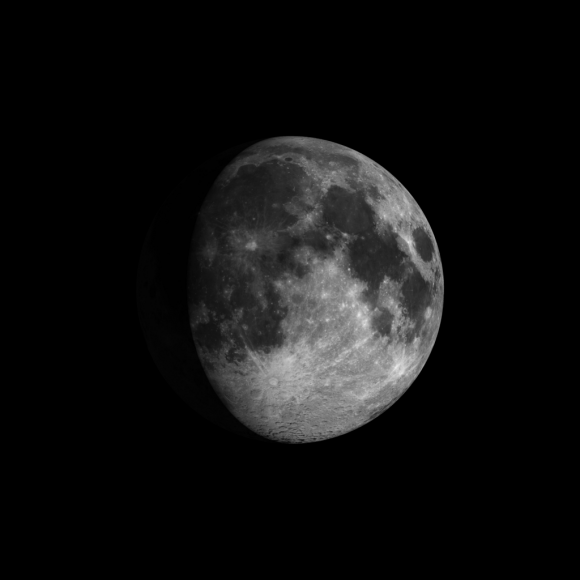 Image at top via US Naval Observatory

On August 14, 2016, the moon reaches its southernmost point for the month at 13:05 Universal Time. At this moment, the moon resides at a declination of 18.481o south of the celestial equator – a projection of the Earth’s equator into outer space. Declination on the sky’s dome is the equivalent of latitude here on Earth.

At its southernmost point on August 14, the moon stands at zenith (straight overhead) at 18o 29’ south latitude and 115o 16’ east longitude. That’s about 3o of latitude to the north of Onslow, Western Australia. Check it out on your globe. 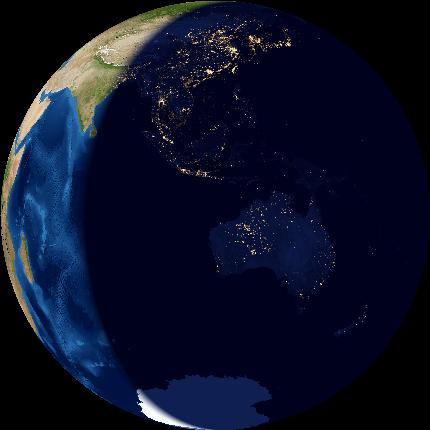 The Earth and moon are like mirrors to each other, in terms of their phases, as seen from each world’s surface. Compare this photo to the one at the top of the post. This is a simulated view of waning crescent Earth (without clouds) as seen from the waxing gibbous moon at its southern standstill (2016 August 14 at 13:05 Universal Time). Via Earth and Moon Viewer.

The sun’s solstice declination remains fairly constant, residing at nearly 23.4o south of the celestial equator at each December solstice. However, the moon’s monthly southern standstills vary by about 10o (from 18.5o to 28.5o to 18.5o) in cycles of 18.6 years. 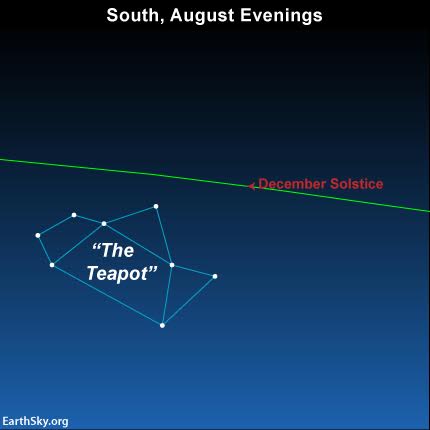 Depending on the year, the moon in its monthly travels can swing from anywhere 5o north to 5o south of the December solstice point.