Moon and Neptune on December 6

The December 6, 2016 moon is near Neptune, only solar system planet not visible at all from Earth to the unaided eye. From some places, the moon will pass in front of Neptune today. Charts and info here. 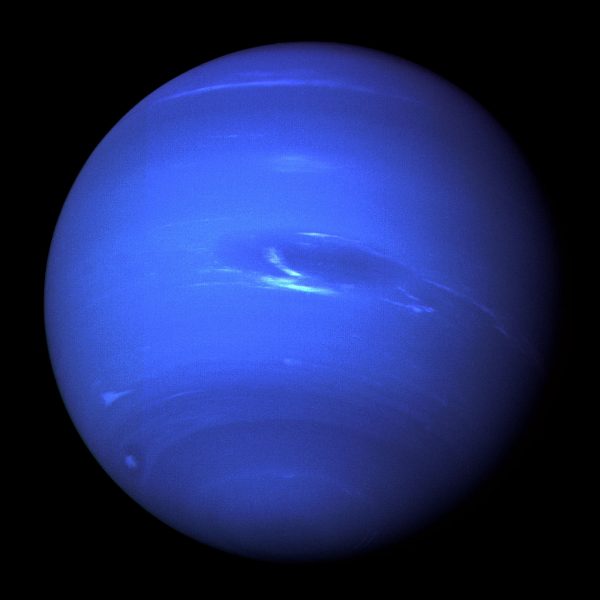 Photo of Neptune taken by Voyager 2 spacecraft in August 1989

Tonight – December 6, 2016 – don’t expect to see Neptune with the eye alone. It’ll be tough to see even with optical aid because it’s near the moon on December 6. In fact, the moon will cover or occult Neptune on this date, sailing peacefully in front of it and blotting it temporarily from view. The occultation of Neptune will be visible, weather permitting, over a swath of the Western Hemisphere including the northeastern USA, eastern Canada, Greenland, Iceland and the western British Isles. AstronomyNow said:

As seen from Reykjavik in Iceland, Neptune starts to disappear at 22:14:33 GMT, the planet’s 2.3-arcsecond-wide disc taking about 4 seconds of time to be fully occulted. Neptune lies just 9 degrees high in the southwest at the time. In the Greenland capital of Nuuk, Neptune is occulted by the Moon at 6:59pm WGT when the moon and planet are 16 degrees high in the southern sky.

In New York, New York the sun is still above the horizon as Neptune is occulted, but the planet reappears at the Moon’s bright limb close to 5:30pm EST. In Boston, Massachusetts, Neptune’s reappearance occurs close to 5:36pm EST. 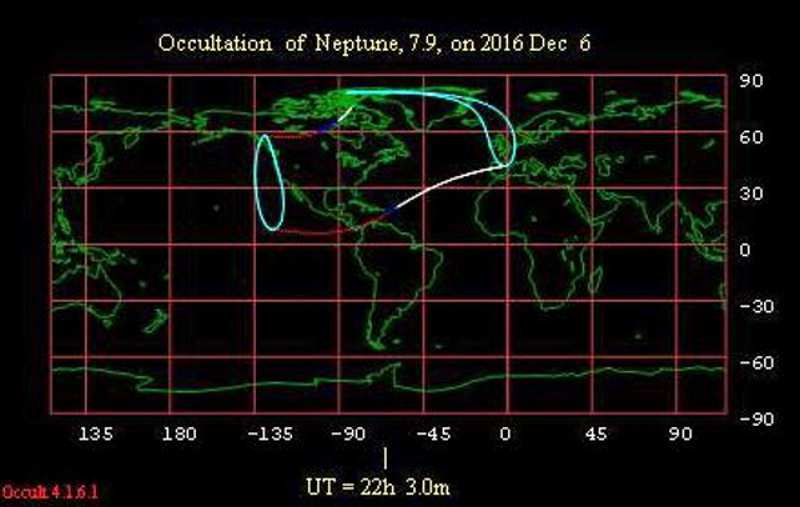 So for most of us in North America, by the time night falls, the occultation will be over. You would need a telescope to view it, anyway, because Neptune – eighth planet out from the sun and outermost of the major planets according to the International Astronomical Union – is the only major planet in our solar system that you absolutely can’t see with the unaided eye.

AstronomyNow is also the source of the beautiful animation below, which was shared on Twitter by Massimo (@Rainmaker1973).

See #Neptune hidden by the #Moon on 6 December https://t.co/uJpifyAWzm pic.twitter.com/0Ul5b9d8oH

On December 6, Neptune shines in front of the constellation Aquarius, and near the star Lambda Aquarii (see chart below).

Neptune is also close to the ecliptic – the path the planets follow in front of the constellations of the zodiac. Because of the moonlit glare, you probably won’t see much of Aquarius tonight. What will you see? Only the moon shining in all its splendor. You can gaze at it and imagine Neptune nearby.

The December 6, 2016 moon is near Neptune on the sky’s dome, in front of the constellation Aquarius.

Although the moon and Neptune are close together on the sky’s dome tonight, they’re nowhere close in space. The moon resides just over one light-second from Earth, whereas Neptune looms way out there at over four light-hours away. In other words, Neptune is nearly 12,000 times farther away than the moon in tonight’s sky.

Neptune lodges way out there, at 30 astronomical units (AU) from Earth. To find out the distances of the solar system planets at present (or some chosen date), click here.

Once the moon leaves the evening sky, starting in the second half of December, Aquarius will easy to spot in a dark country sky. Then, if you’re armed with a telescope or powerful binoculars and a good sky chart, you might be able to glimpse Neptune. 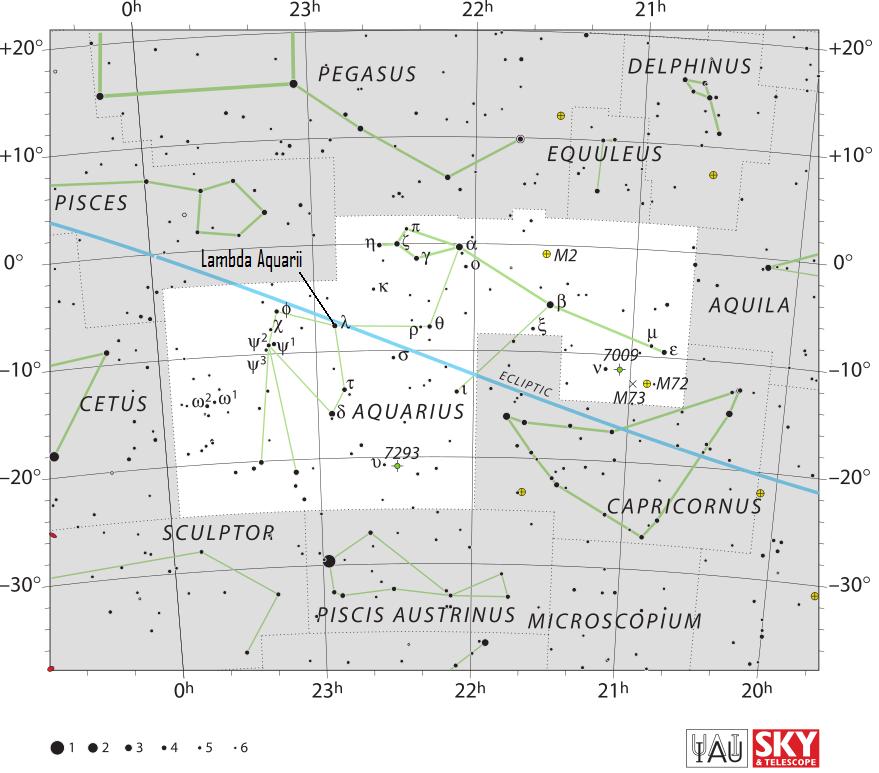 Sky chart of the constellation Aquarius. We label the star Lambda Aquarii, a 4th-magnitude star that is visible to the unaided eye in a dark sky.

Bottom line: On this November night – December 6, 2016 – use your mind’s eye to envision the solar system’s most distant major planet – Neptune – by tonight’s moon.