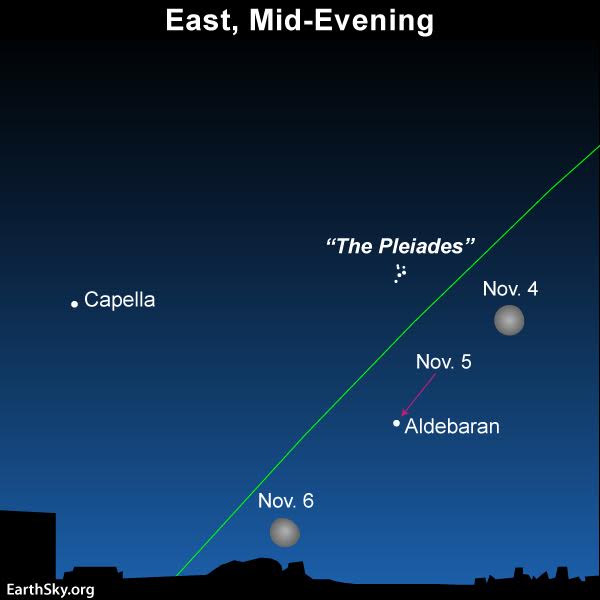 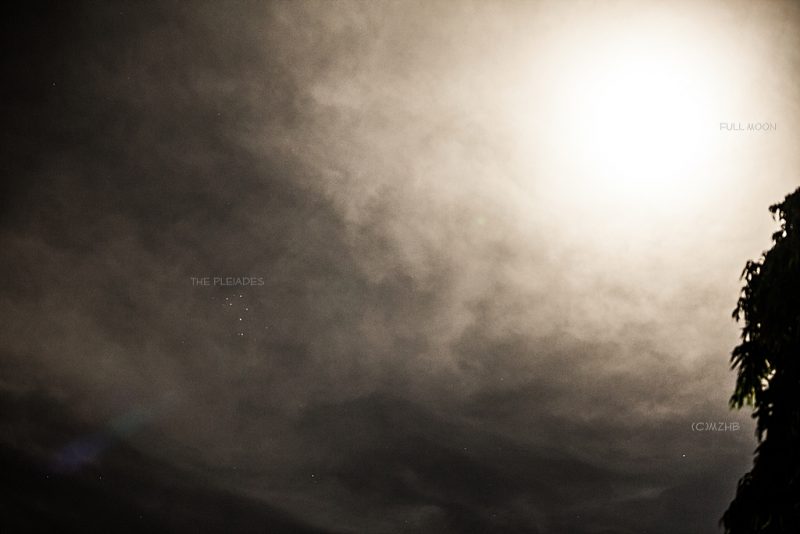 The Pleiades in the light of the full supermoon – November 14, 2016 – from Zefri Besar in Brunei Darussalam. Bright moonlight makes the stars harder to see! 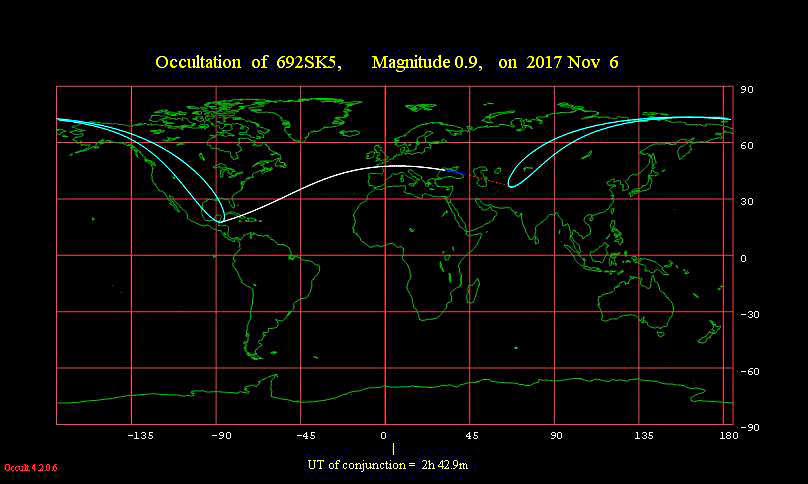 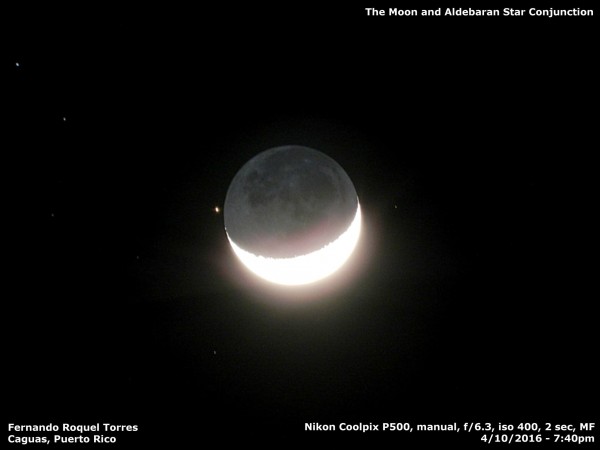 The star Aldebaran lies in the moon’s path, and the moon passes near it, or in front of it, frequently. This shot from Fernando Roquel in Caguas, Puerto Rico show Aldebaran after an April 10, 2016 occultation, captured just as the star re-emerged from behind the moon.