A famous variable star in Cepheus

With clock-like precision, the star Delta Cephei doubles in brightness every 5.36 days. You can notice this brightness change with the eye alone. 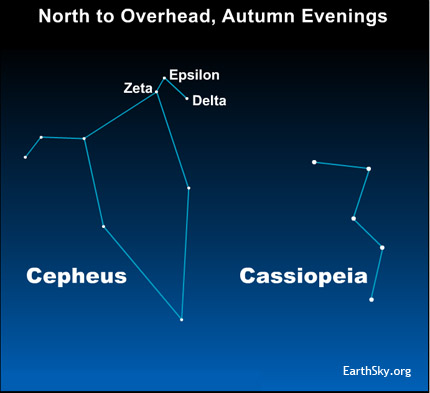 Look northward to the house-shaped constellation Cepheus the King to find Delta Cephei.

The constellation Cepheus requires a dark sky to be seen. But if you can spot this constellation, you might be able to find Delta Cephei, the famous variable star. You’ll find it high in your northern sky on November and December evenings. The pattern of stars in Cepheus resembles a stick house, the kind we all drew as children. The variable star – Delta Cephei – is located near the bottom corner of the house pattern. 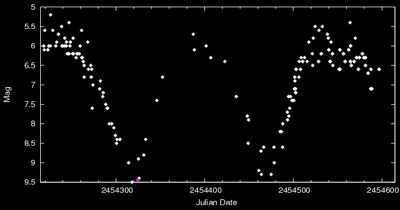 Cepheid variable stars are a class of stars named in honor of Delta Cephei. They are known as pulsating variables. The image up above is what astronomers call a “light curve” of a variable star. Each point represents the brightness of the star at a particular time. You can see that the star’s brightness changes in a regular way over a period of days.

Cepheid variable stars enabled the astronomer Edwin Hubble to figure out that the Andromeda galaxy lies outside the bounds of our local galaxy, the Milky Way. 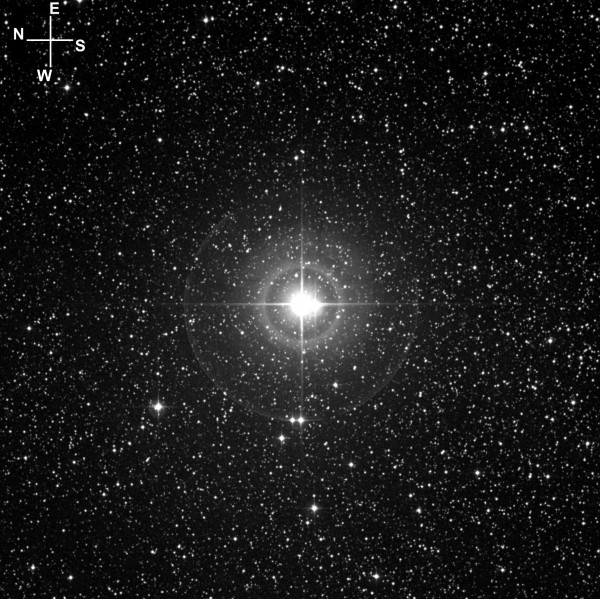 Delta Cephei. This is a Space Telescope Science Institute photo, via StarSplitters