For northerly latitudes, it’s the beginning of zodiacal light season in the evening. Look in the sunset direction, about an hour after the sun goes down. 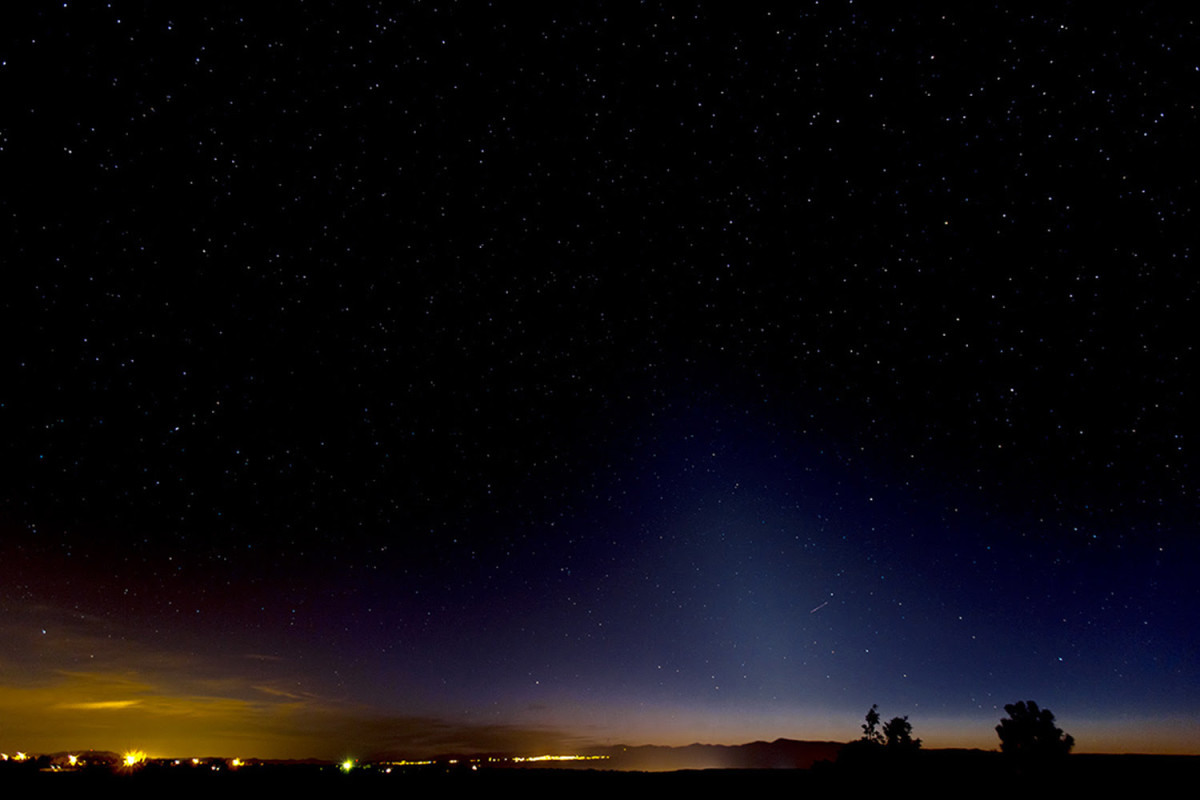 View larger. | The zodiacal light is the diffuse pyramid-shaped light extending up from the horizon on the right side of this photo. Richard T. Hasbrouck in Truchas, New Mexico. captured this eerie light on February 23, 2014. Visit Richard T. Hasbrouck’s photo site.

Richard T. Hasbrouck captured this beautiful photo of the zodiacal light on February 23, 2014 from Truchas, New Mexico. He wrote:

First learned about zodiacal light on the EarthSky web site, and had to see if I could photograph it. Looked up the time when astronomical twilight ended, and the bearing of the setting sun. Found a location with no nearby yard lights and took a number of shots.

In the photo, the bright band of lights at bottom center is the city of Los Alamos, New Mexico.

Imported into Lightroom 4 for initial RAW processing; exported to Photoshop CS6 for final processing. Discovered that looking to the side of the Z-light revealed a distinct band of light. Subsequently learned that this was referred to by astronomy types as averted vision.

Indeed it is, Richard. Thank you for sharing this beautiful photo.

Read more: Everything you need to know about the zodiacal light