This photographer captured a volcano from a volcano, plus he caught the hazy pyramid of light known as the “false dawn,” and more. 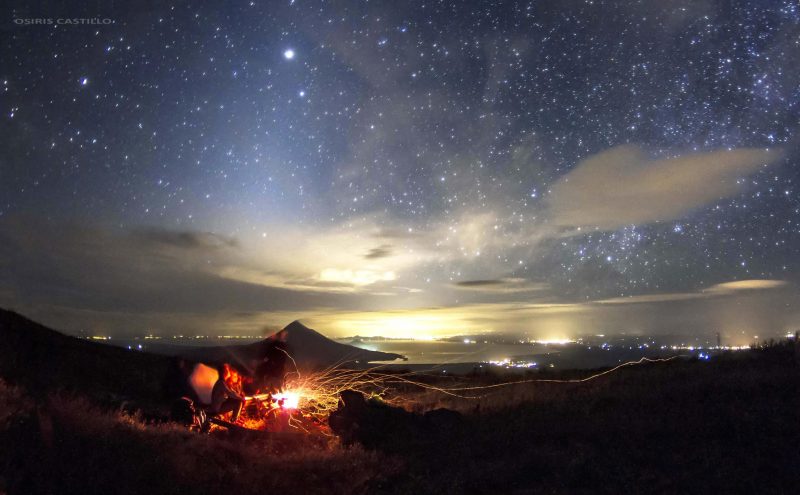 Osiris Castillo Balitan captured this image of the zodiacal light on December 11, 2016, from a nature reserve in Nicaragua that has its own extinct volcano, called Pilas-El Hoyo. He wrote:

The scene shows a small wood fire in the foreground, and in the background the Momotombo Volcano which eructed one year ago after 110 years of inactivity.

Above the volcano, at the left side Jupiter is shining just in the presence of the zodiacal light. At the right corner the Milky way is covered by some clouds.

The light in the middle of the horizon are from Managua locates 40 miles away from the scene.

Thank you, Osiris! By the way, he said getting to that place was a great adventure, and being there at the top of Pilas-El Hoyo Volcano was amazing. What’s more, he and his friends made the trip to try to see some Geminid meteors and were able to count up to 15 meteors that night.