Moon was rising and setting with the sun in the past few days. Now it’s far enough from the sun’s glare to be visible in the evening sky, shortly after sunset. 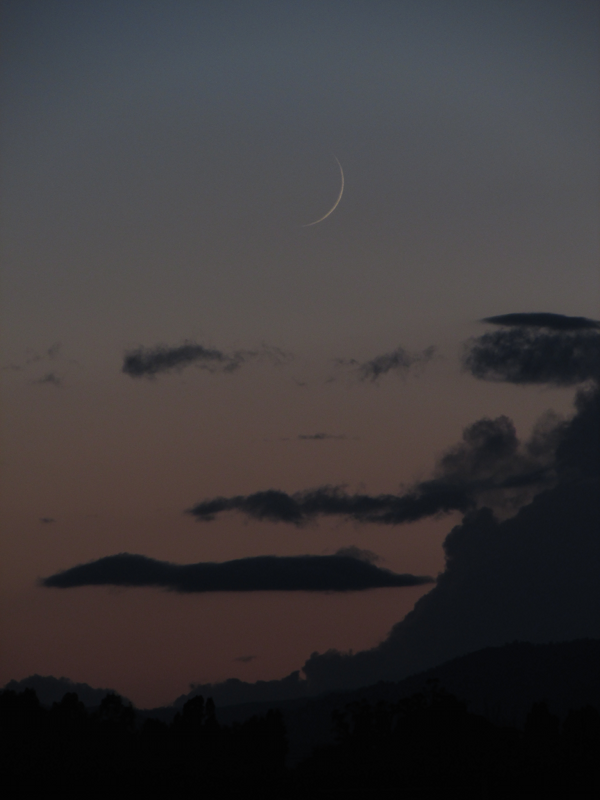 Young moon – a waxing crescent in the west after sunset – captured by Spencer Mann in Davis, California on September 25, 2014. Thank you, Spencer!

The young moon is back in the evening sky. We received several photos of it from last night (September 25), and expect to see more photos as the sun sets across the world today. So far the only North American photo we’ve seen came from Spencer Mann in Davis, California. From his location on the western edge of the continent, he managed to catch last night’s young moon. He wrote:

My aunt Kathy Friebertshauser and I camped out on a country road, waiting to see the waxing crescent. We weren’t disappointed – it was very faint, but clearly visible among the dark clouds, rose-tinged sky, and coastal mountains. It was definitely a scene worth waiting for!

Denis Crute in Parkes Australia had a better view of the moon than we do in North America. At this time of year (spring in the Southern Hemisphere), it’s possible to catch objects in the western twilight above the sunset, not to one side of the sunset as we now see it during our northern autumn. Here’s Denis’ photo, taken a few hours after Spencer caught his, as night fell in Australia on September 26. 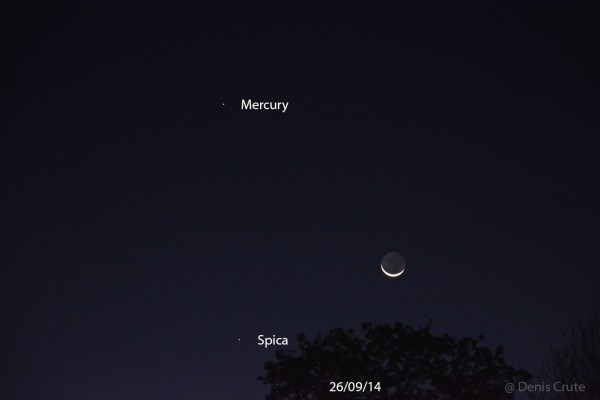 Denis Crute had a better view of the moon from Parkes, Australia. Here it is on the Australian evening of September 26. Thank you, Denis!

Will you see the moon near Mercury on the evening of September 26? Maybe.

This little moon will be waxing in the evening sky over the next couple of weeks. It’s waxing toward a full moon eclipse, visible in North America, on the night of October 7-8.