Young moon and Mercury from Zimbabwe

The young moon and the planet Mercury adorn the western twilight after sunset on August 16. 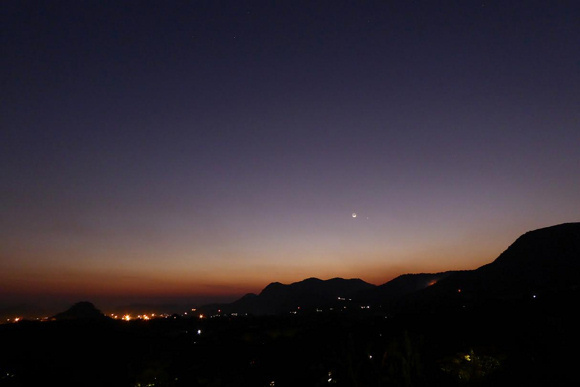 Peter Lowensteuin tells us, “This evening’s strong winds cleared most of the dry season smoke haze to reveal the New Moon and Mercury shining close together just before dark above Christmas Pass. In addition to the crescent Moon and Mercury the attached pictures show that the lights were on in town (no load-shedding for a change), headlights of traffic descending Christmas Pass and the red glow of a dying bush fire which had been burning in the hills all afternoon. Both are four second time exposures taken with a tripod mounted Panasonic Lumix DMC-TZ60 compact camera in Night Scenery mode. 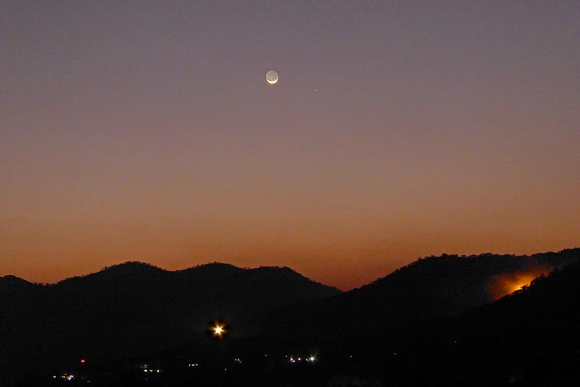