The planet Venus is about to pass between the Earth and sun. It will soon disappear from our sky. But many saw it last night near the moon. 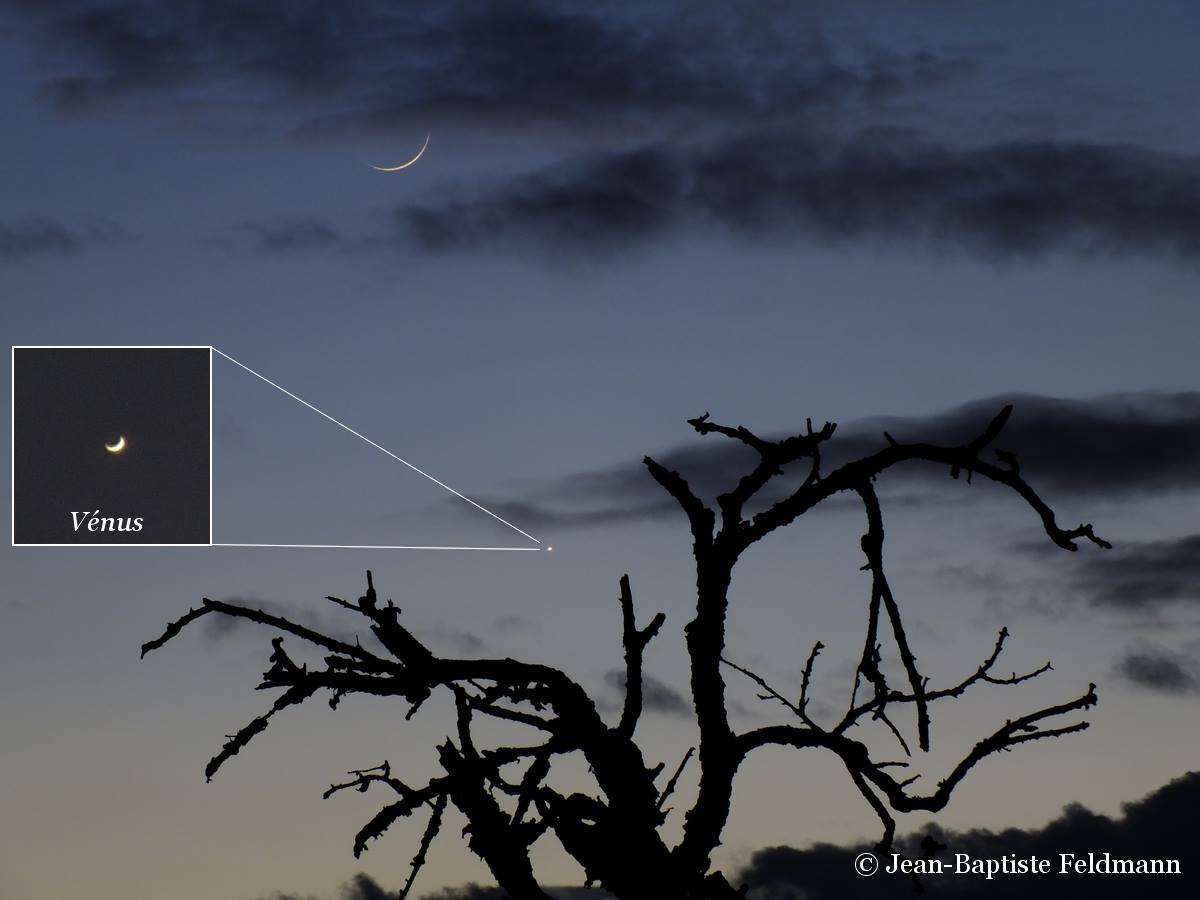 Many around the world spotted the young moon and blazing planet Venus in the bright evening twilight last night (January 2, 2014). Those with telescopes, or good binoculars, were able to see Venus as a crescent. EarthSky Facebook friend Jean-Baptiste Feldmann captured this beautiful photo. Thank you, Jean-Baptiste!

Why does Venus appear as a crescent world now, as seen from Earth? This planet will pass between the Earth and sun (more or less) on January 11. Thus the day side of Venus is facing nearly entirely away from us now, and we see a crescent world.

On January 2, in the language of astronomers, the moon was young, or waxing. Venus was old, or waning.

Venus will come back to the morning sky – east before dawn – after the middle of January. Watch for it!