In this image, Saturn’s moon Iapetus looks similar to the Chinese taiji symbol, what many call the yin-yang symbol, representing nature’s duality. 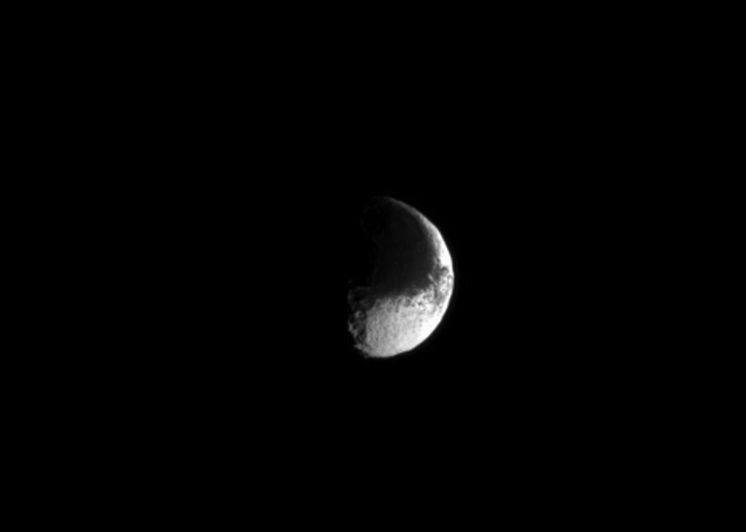 And, in fact, there are yin and yang aspects to Saturn’s moon. It’s sometimes called a two-faced moon because one side appears dark (yin), and the other side is light (yang). Read more: Hal Levison on Saturn’s weird moon Iapetus 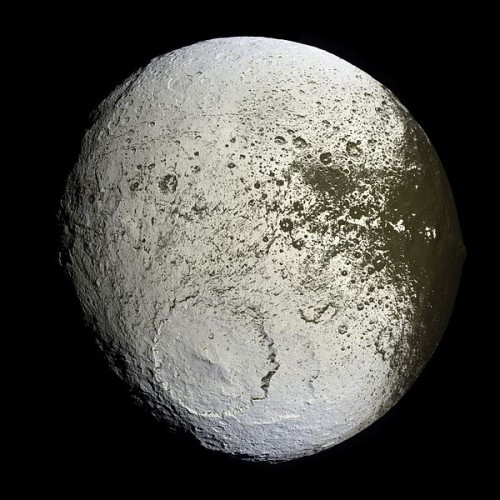 Cassini captured the first high-resolution glimpse of the bright trailing hemisphere of Saturn’s moon Iapetus in this false-color mosaic from September 2007. Read about this image at Wikimedia Commons.