The elements that make up our bodies and everything around us are born inside stars. This new X-ray image shows them being released into space. 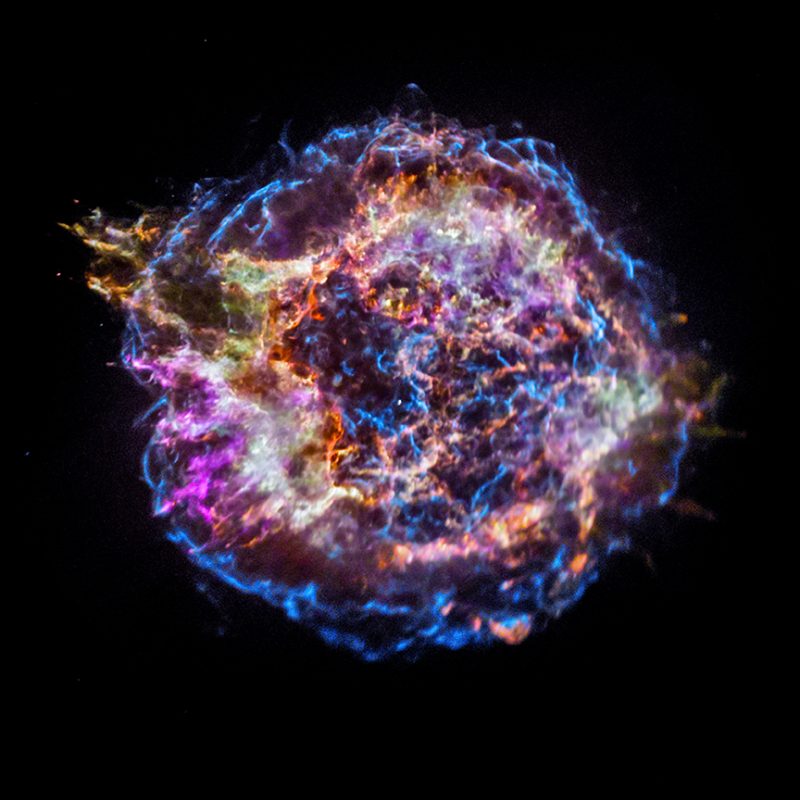 Meet Cass A. It’s what’s left after a star exploded as a supernova, some 11,000 light-years away. This colorful image from Chandra X-ray Observatory shows the location of different elements, newly released by the explosion. We can see the location of these elements, because each produces X-rays within narrow energy ranges. Image via Chandra.

Chandra X-ray Observatory released a new wonderful image (above) this month of Cassiopeia A, a well-studied supernova remnant. Cass A is what is left of a star that exploded and that must have appeared in Earth’s sky some 300 years ago. The expanding cloud of material left by the supernova now measures approximately 10 light-years across from our earthly perspective. What’s cool about this X-ray image are different colors, which show the presence of different elements, including silicon (red), sulfur (yellow), calcium (green) and iron (purple). These are the elements in our bodies and all around us on Earth and in space. They are indeed created inside stars and released to space by supernovae. The blast wave from the Cass A explosion is seen as the blue outer ring. A statement from Chandra said:

Astronomers have long studied exploded stars and their remains — known as ‘supernova remnants’ — to better understand exactly how stars produce and then disseminate many of the elements observed on Earth, and in the cosmos at large. 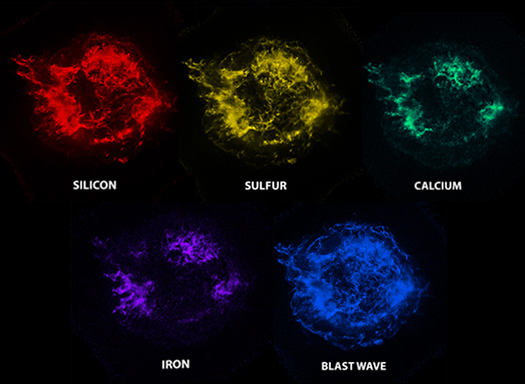 Here’s a breakdown of the colors in the new X-ray image of Cassiopeia A. Silicon (red), sulfur (yellow), calcium (green) and iron (purple). Image via Chandra. 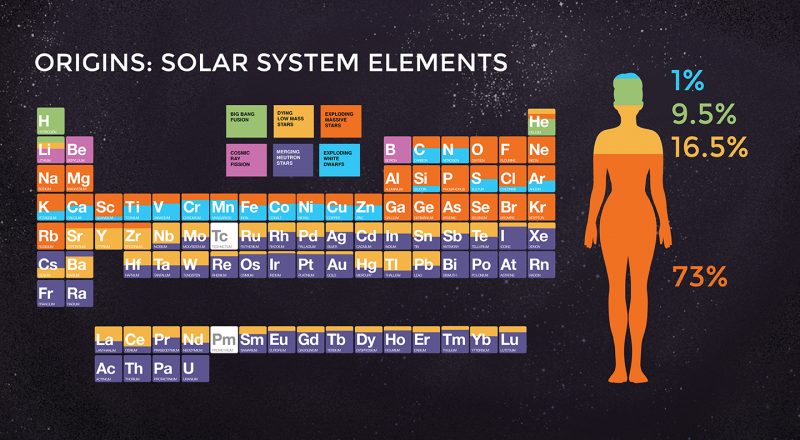 Be sure to view this one larger. | This is a very interesting graphic, showing where the elements in our bodies – and all around us – come from. Image via Chandra.