High above Earth, tiny ice crystals create halos by refracting and reflecting the light of the sun or moon. 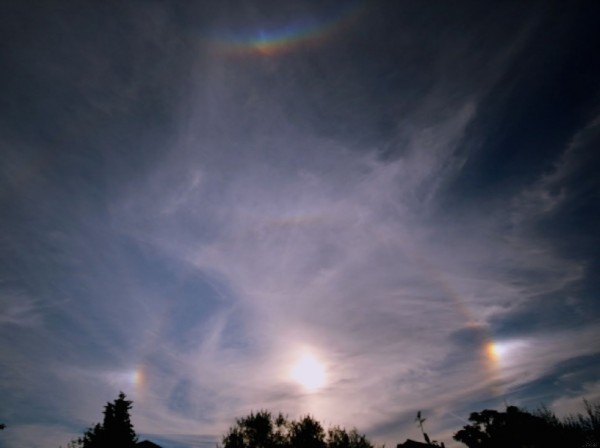 Zlatko Orbanic in the city of Pula in Croatia sent in this photo, which he shot in September, 2015. It shows a circular 22-degree halo surrounding a setting sun. These ice halos are the result of ice crystals in the upper atmosphere. Within the halo itself, on either side of the sun, you can see two prominent parhelia, also called sun dogs. Also within the halo, above the sun, you’ll see a hint of what’s called an upper tangent arc. And above that is a circumzenithal arc.

All of these phenomena are considered frequent halos by experts in sky optics. Les Cowley of the great website Atmospheric Optics says:

Halos appear in our skies far more often than do rainbows. They can be seen on average twice a week in Europe and parts of the United States. The 22° radius circular halo and sundogs (parhelia) are the most frequent.