When the moon sweeps past Venus

This image is from a year ago. But if you look in the eastern, predawn sky around now, you’ll see the moon near Venus again. 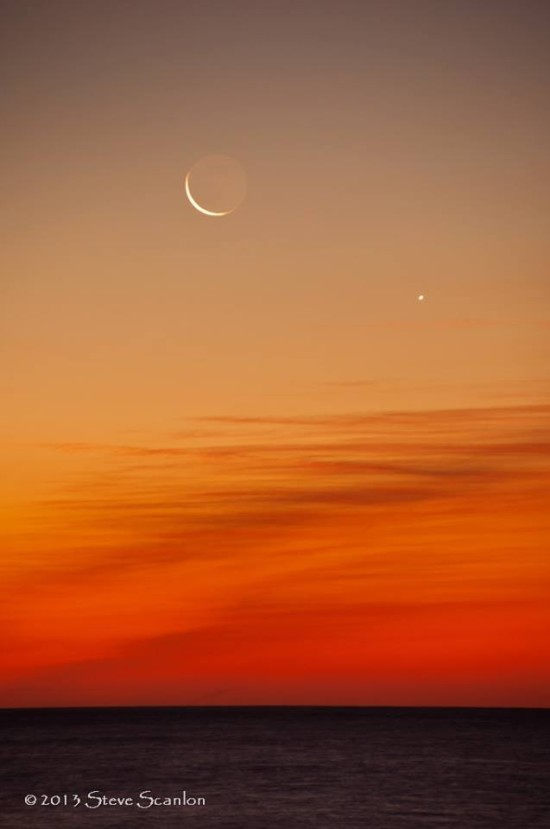 Venus and moon on January 10, 2013 – over the Atlantic Ocean – as captured by Steve Scanlon Photography. Visit Steve Scanlon’s Facebook page.

The moon is now sweeping past the planet Venus in the eastern predawn sky. They are close both on the mornings of March 27 and March 28, 2014. Steve Scanlon Photography captured this wonderful shot of the pair a year ago, when Venus was still receding from Earth after the spectacular Venus transit of June 5-6, 2012. In early 2013, Venus was still dropping lower in the dawn twilight. It went on to have a wonderful apparition in our evening sky for much of 2013. And now it is visible before dawn again.

This month, Venus is very bright and easy to see in the east before the sun comes up. Check it out on the mornings of March 27 or 28!