When the daytime moon covers Venus

Beautiful time-sequenced images from 2007, when the daytime moon covered the brightest planet, Venus. 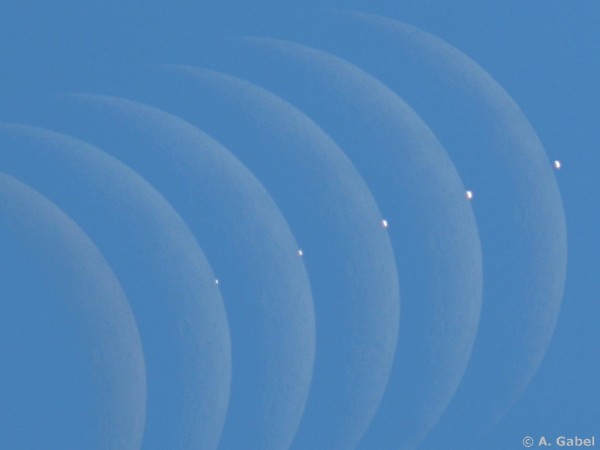 Time-sequence of when the moon occulted – over covered over – the planet Venus on June 18, 2007. Taken with a 500mm telephoto lens and a DSLR. Photo by Alfons Gabel.

We don’t usually run photos from years ago as our Today’s Image. But with Venus blazing away in the west after sunset, we figured … yes! On June 18, 2007, the crescent moon eclipsed Venus. The 2007 occultation of Venus by the moon was visible in broad daylight from Europe and later at sunset from the Middle East and India. Alfons Gabel – a team member at Trebur Observatory – caught the occultation from Germany. He wrote:

Reading your article about stars and planets in the daytime, I remembered a daytime occultation of Venus I recorded in 2007. Using the waning moon as an indicator in the broad afternoon sky, even Venus was easily visible to the unaided eye – surprisingly bright.

Although not on the central line at my location in Klein-Winternheim near the 2000-year-old city of Mainz, Venus disappeared for 1 hour and 22 minutes behind the moon.

Such a long period was only possible, because Venus followed the moon’s sidereal motion with one fifth of its speed.

The creeping disappearance and even the reappearance at the bright edge of the moon were unforgettable impressions.

Best greetings from the Rhine river!

Best greetings to you as well, Alfons, and thank you for the images on this page!

More photos from the June, 2007 occultation of Venus 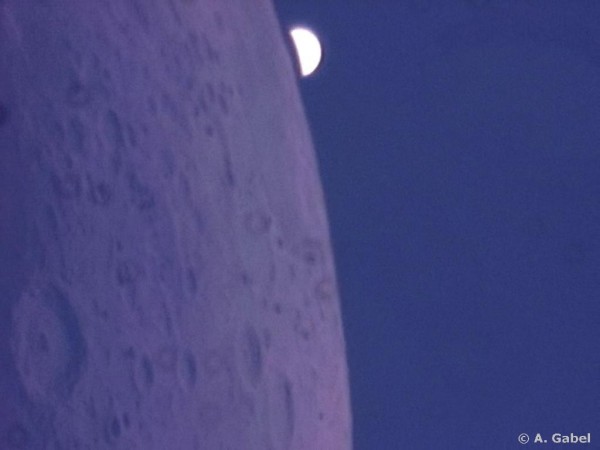 Close-up of the June 18, 2007 occultation of planet Venus by the moon. Recorded with a webcam at an 8-inch telescope. Photo by Alfons Gabel. 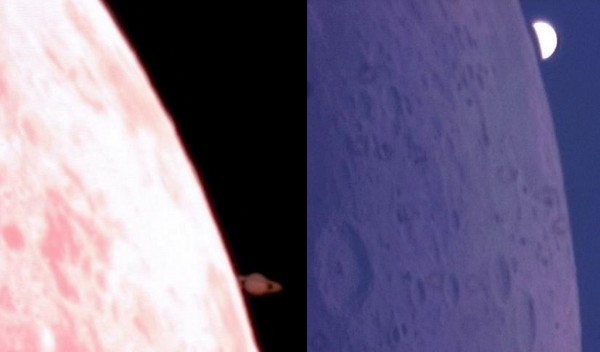 Comparison of the brightness of the planet Saturn – and that of the planet Venus – during an occultation by the moon. You can see that Venus is much, much brighter! Photo by Alfons Gabel.