If you could watch over thousands of years, you’d find that the star is having a sneezing fit. It’s firing off rapid releases of super-hot, super-fast gas. 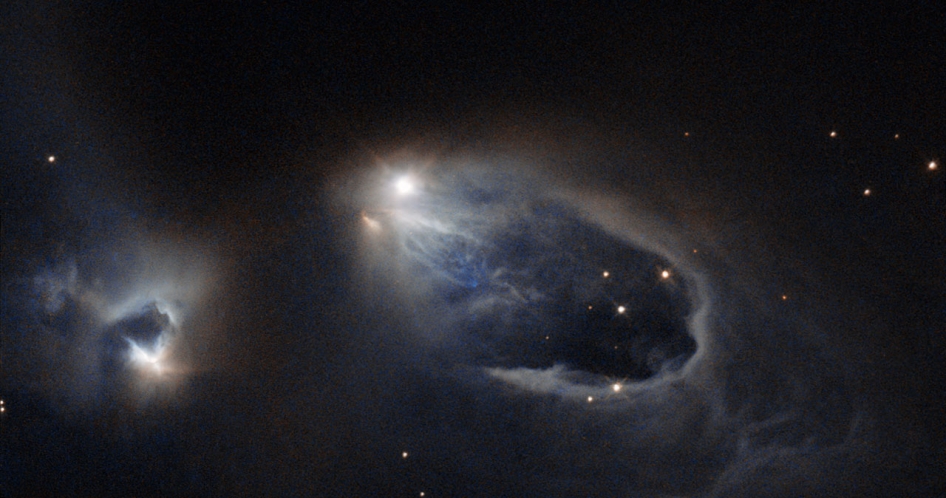 View larger. | Look at the bright star in the middle of this image. It appears as if it just sneezed. This sight will only last for a few thousand years — a blink of an eye in the young star’s life.

The star at the center of the frame is a young star – a variable star – named V633 Cassiopeiae. In this photo from the Hubble Space Telescope, it appears as if the star just sneezed. In fact, if you could watch over a timescale of many thousands of years, you’d find that the star is having a sneezing fit. It’s firing off rapid releases of super-hot, super-fast gas.

The star’s “sneezes” – launched due to its magnetic fields – can contain as much mass as Earth. They move at hundreds of kilometers/miles per second into nearby clouds of gas. Shock waves form, such as the U-shape below this star. As the waves crash outwards, they can be seen moving across human timescales of years.

Soon, this star will stop sneezing, and mature to become a star like our sun.