Orion the Hunter – one of the most familiar constellations to many because of its prominent Belt of 3 stars – is coming back into view in the evening sky. 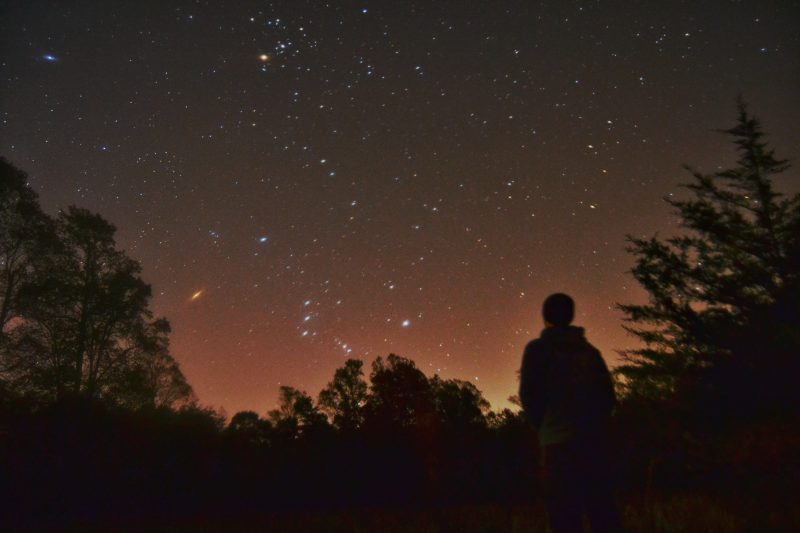 Grant Miller in Milford, Delaware captured a part of the sky that’s familiar to many and coming into better view for evening observers. It’s the constellation Orion the Hunter, with its three bright Belt stars pointing upward toward a prominent V of stars – an asterism or star pattern called the Hyades, representing the Face of the Bull in the constellation Taurus. The reddish star Aldebaran is the brightest star in the V and marks the Bull’s fiery Eye. Grant wrote:

The Orion constellation is one of my favorites to photograph because it really stands out in the night sky. I took the photo during the Orionid meteor shower.

Want a chart showing some of the stars and constellations in Grant’s photo? Look below. 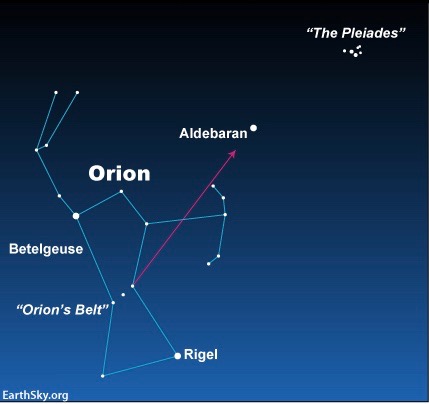 The orientation of Orion and Aldebaran – the Bull’s Eye – are a bit different here than in Grant Miller’s photo above. But, no matter how they are oriented, the 3 Belt stars of Orion always point toward Aldebaran.