Great Venus and Jupiter conjunction of 2014

Venus and Jupiter are the brightest planets! Look east before dawn … closest planet-planet conjunction of 2014 August 18. Dazzling near moon August 22 and 23. 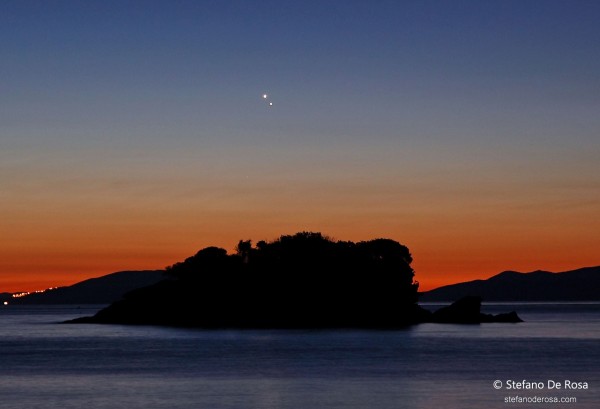 The sky’s two brightest planets – Venus and Jupiter – staged 2014’s closest planet-planet conjunction before dawn on August 18. Central Europe had the best view of these two bright worlds less than a moon diameter apart, but they have beautiful from around the world for many days … and will stay beautiful for many days more. Don’t miss the planets on August 22 and August 23, when the waning crescent moon will be nearby. Thanks to EarthSky friends on Facebook, who captured these beautiful photos over the past few mornings.

See many, many photos of the conjunction at Recent Posts by Others on EarthSky Facebook 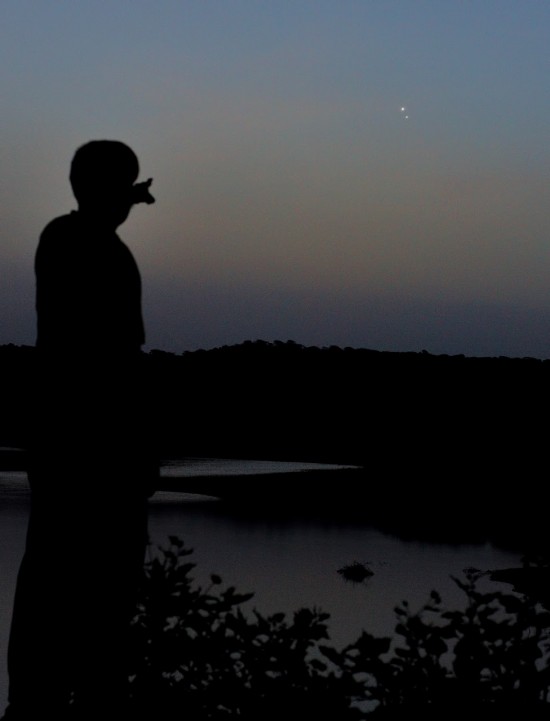 Abhinav Singhai in Haryana, India caught the planets at their closest on August 18. Thank you, Abhinav. 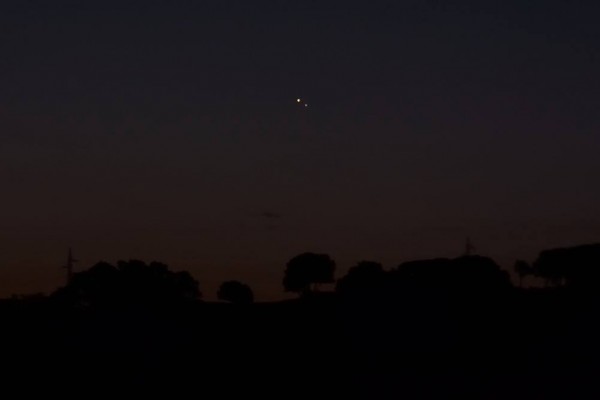 View larger. | Venus and Jupiter from Madrid, Spain by Annie Lewis. Thanks, Annie! 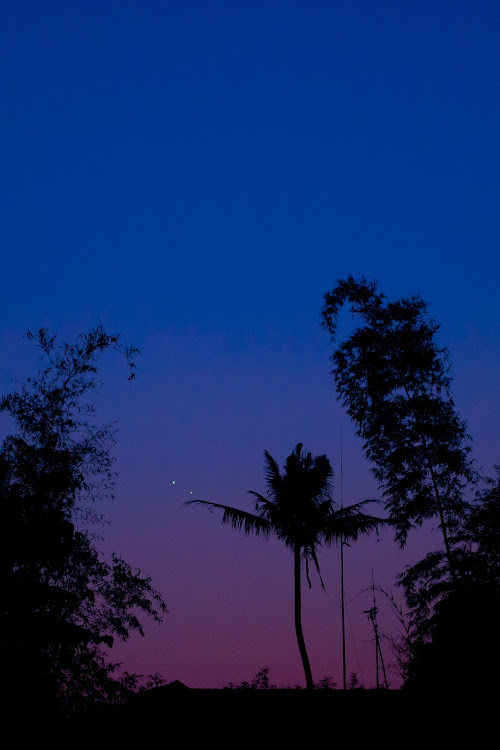 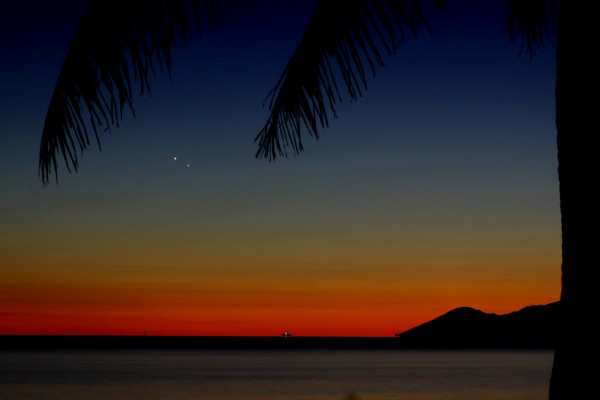 Here’s a beautiful view of the conjunction from the Southern Hemiphere – Townsfille, Australia – by Liz Gleeson. Notice the orientation of the planets appears different. Thank you, Liz. 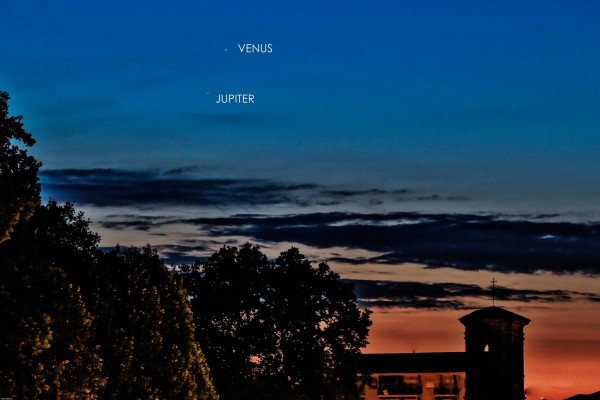 View larger. | Venus and Jupiter as captured on August 17, 2014 by Marco Mereu at Villastellone (House of the Lucky Star) in Turin, Italy. 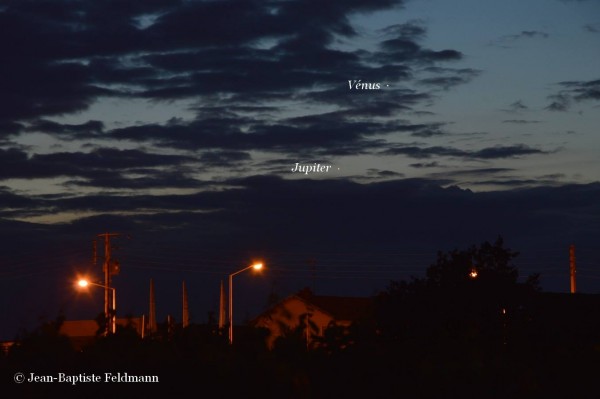 View larger. | Venus and Jupiter on August 16, 2014 as captured by Jean-Baptiste Feldmann in France. 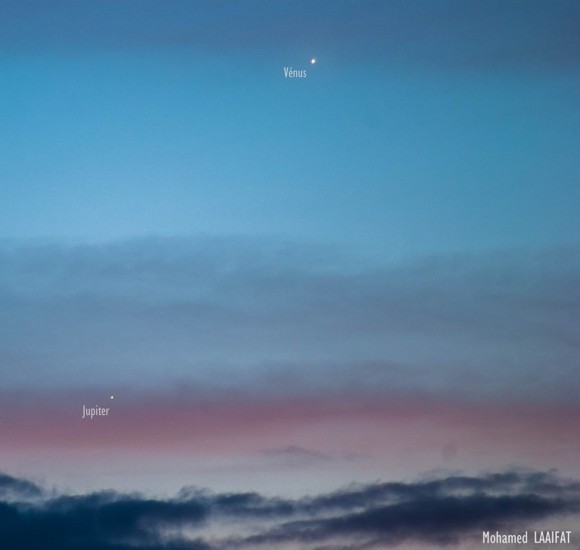 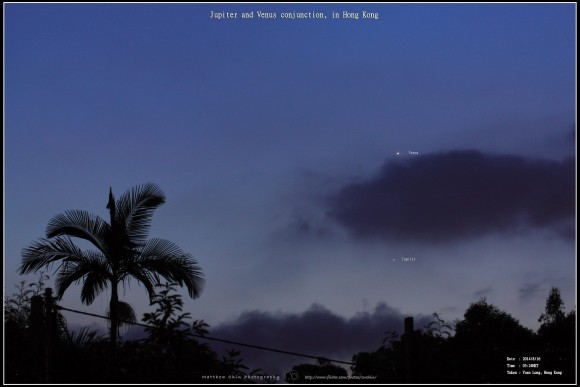 Venus and Jupiter from Hong Kong on the morning of August 16, 2014 by EarthSky Facebook friend Matthew Chin. 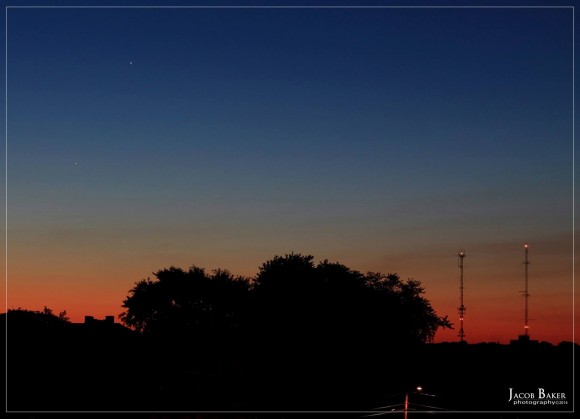 View larger. | Look in the upper left of this photo for Venus and Jupiter. Venus is above and to the right of Jupiter. Photo taken August 14, 2014 by Jacob Baker in Fall River, Massachusetts. Thank you, Jacob. 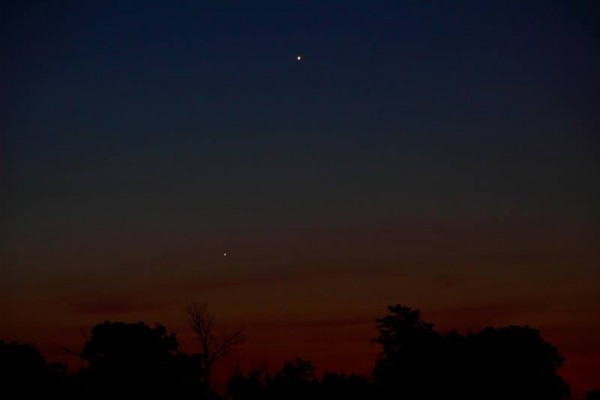 View larger. | Mike O’Neal wrote on August 14: “Venus atop Jupiter, Jupiter gaining on her each morning.” And so it is. Venus and Jupiter will be in conjunction on August 18, 2014.

Bottom line: The two bright object in the east before dawn around August 17 and 18 are Venus and Jupiter. They will be in conjunction on August 18, 2014 – the closest planet-planet conjunction of this year. The two will be a moon diameter apart on the 18th.