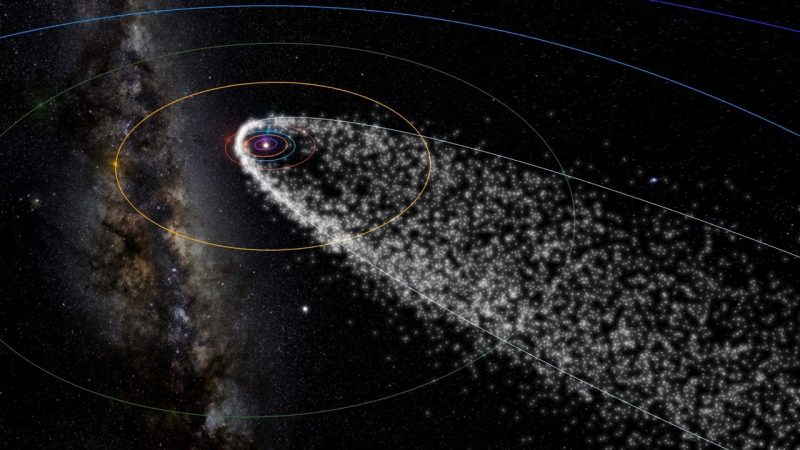 Perseid meteor stream visualization. It looks blurry because it’s a screen shot from a video. Be sure to click into the interactive page; it’s awesome! Visualization via Ian Webster.

This visualization uses NASA data to render known Perseid meteoroids as they move through the space of our solar system. What’s a meteoroid? It’s simply the name for a bit of debris in space before it has entered Earth’s atmosphere and vaporized, thereby becoming a meteor or fiery streak in our night sky. Meteors originate in the bodies of comets. The Perseids, in particular, come from Comet Swift-Tuttle, which last visited the inner solar system in 1992. Ian Webster developed this visualization of the Perseid meteor stream in space, using meteor data provided by Peter Jenniskens. The visualization was created with the help of the SETI Institute with the goal of making it easier to understand the natural phenomenon of meteor showers.

What’s so cool about the interactive page of this visualization? It’s always great to have an aid for picturing a three-dimensional aspect of outer space. This visualization is especially effective because it lets you click into the view from various perspectives. For example, the view below is the Perseid meteor stream as seen from Earth; be sure to click into the page to see the meteors coming toward you! 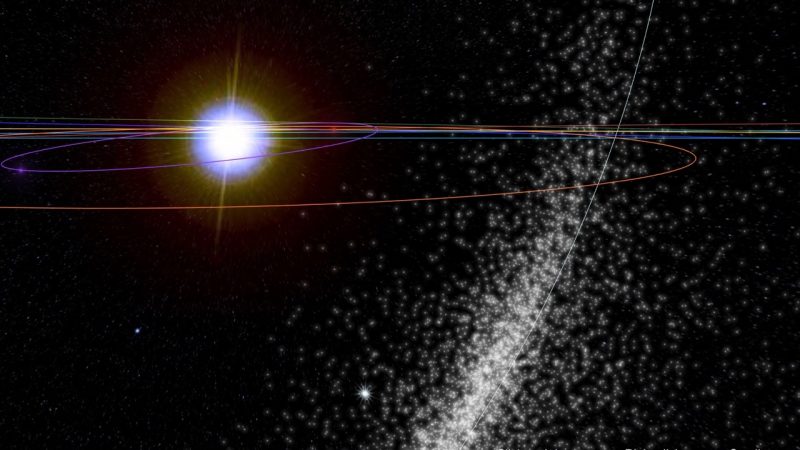 Perseid meteor stream from Earth’s perspective in space. Click into the interactive page to see the meteors coming toward you. Click the box in the upper left that says “Watch from Earth.” Visualization via Ian Webster.