Peter Lowenstein captured thin curtains of golden virga on one of the first sunsets of rainy season in Mutare, Zimbabwe. 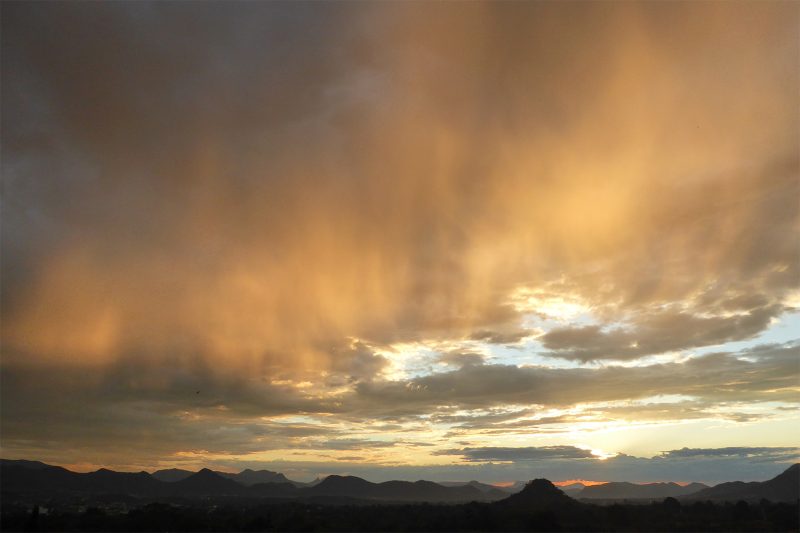 Peter Lowenstein in Mutare, Zimbabwe has contributed many amazing photos to EarthSky. Here’s what he told us about this image:

The first rains of the rainy season have fallen in Mutare over the past three days and humidity has been high. This afternoon cloud started to clear allowing the setting sun to emerge and shine brightly from a gap beneath it. Then something strange happened. At 10 minutes to 6:00, a patch of mist produced by condensation from moist cooling air began to reflect the setting sunlight to produce a bright spherical and then oblong apparition which floated for a minute or two directly above Hospital Hill. A short time later more widespread sunlit veils of condensation started to form and then developed into beautiful thin curtains of golden virga which for a few minutes shone brightly and remained suspended in the air.

We’ve all seen virga, but maybe not known what it’s called. Virga is rain that evaporates before it hits the ground.