The Milky Way and Venus rising above Nubble Lighthouse in Cape Neddick, Maine 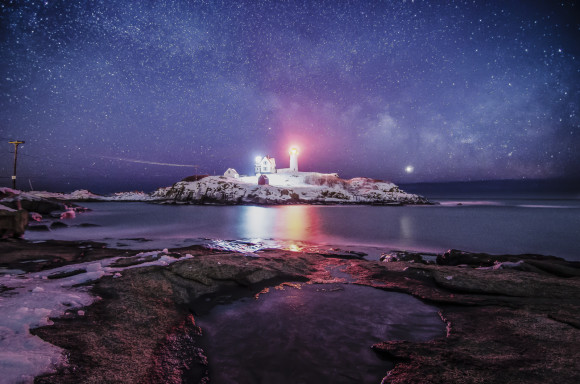 Chris Pazolt captured this awesome photo of the night sky over Nubble Lighthouse in Cape Neddick, Maine. He took it at 5 a.m. on February 5, 2014. The bright object just over the horizon, on the right side of the photo, is Venus. See how bright it is? In fact, Venus is now nearly at its brightest for this morning apparition. And, if you’re gazing at Venus in a dark sky – as Chris was – you can see the hazy band of the Milky Way behind Venus.

Thank you so much Chris!