The sky’s brightest planet, Venus, has been behind the sun as viewed from our earthly vantage point. By early December, it’ll be back in your evening sky! 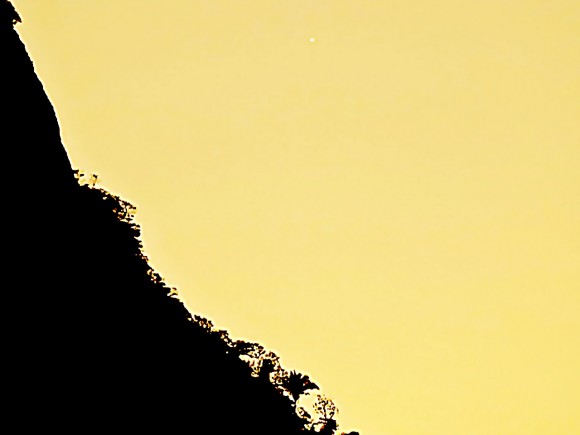 I managed to capture Venus as it is starting its return to dusk, despite the fact that it is still at a mere 6.2° distance from the sun. The photos show it a few minutes before setting behind the northern side of the 1,021-meter high Tijuca Peak, located some 6.5 km away. It was deeply immersed in the intense glare of the sun, that would set some 13 minutes later.

Venus will be back in your evening sky – easy to see from around the world, west after sunset – in early December. Afterwards, it’ll grace our evening skies for many months to come.