The morning planets rising above an observatory in Malaysia. 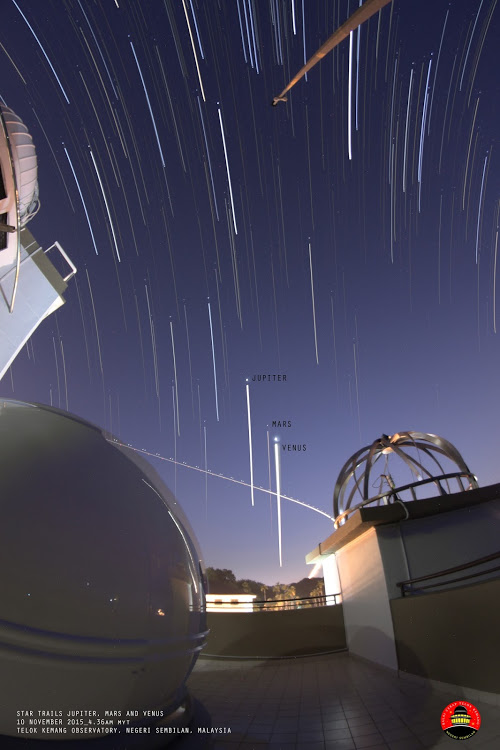 Venus, Jupiter and Mars rising before dawn on November 10. Photo by Balai Cerap.

As Earth spins under the sky, stars and planets,and the sun and moon, rise in the east, to begin their sweep across the sky. When an astrophotographer captures their apparent movement, it’s called a star trail, or – in this case of this wonderful shot by Balai Cerap in Malaysia – a planet trail. Balai captured the three morning planets – Jupiter, Mars and Venus – in this composite image created on November 10, 2015.

What are star trails? How can I capture them?