Venus and Mercury are back in the evening sky. Have you seen them? Probably not; they’re exceedingly close to the sun. But EarthSky Community member Helio Vital did manage to capture a photo of Venus on April 19, 2021. Way to go, Helio! 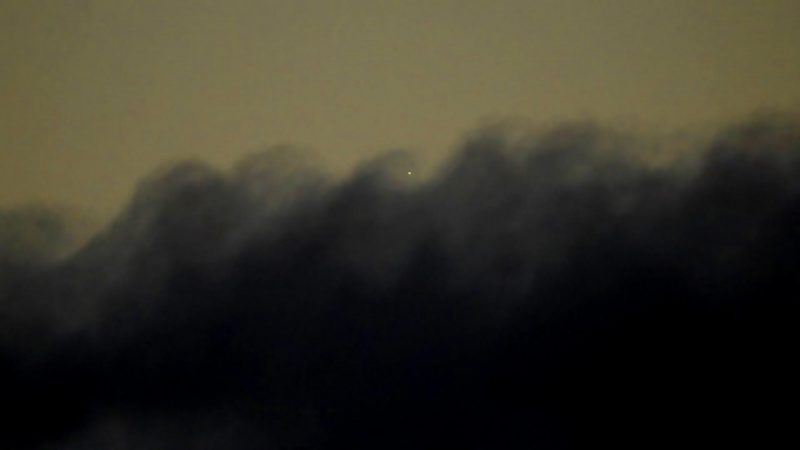 Here’s another shot of Venus from Helio Vital in Brazil, taken on April 19, 2021, as clouds were rolling in.

The Observer’s Handbook – a great tool for serious skywatchers – says that in April 2021 Venus is:

Too close to the sun to be easily seen. Might be spotted with difficulty low above the horizon in bright evening twilight late in the month.

And now, indeed, an EarthSky community member has spotted it in the western sky after sunset. Helio Vital in Rio de Janeiro, Brazil, is an old hand at capturing bright stars and planets low in the sky. He wrote on April 20, 2021, that he caught Venus this week:

… a mere 6 degrees away from the sun … using only my Nikon CoolPix P900 camera at manual mode with magnifications around 50-100x, I was able to capture it at sunset on April 19. Best wishes from Rio de Janeiro!

Thank you, Helio! Venus is really close to the sun now, so close that it’s still in the field of view of the LASCO C3 instrument on NASA’s SOHO spacecraft. This instrument has a 15-degree field of view. See the image below. 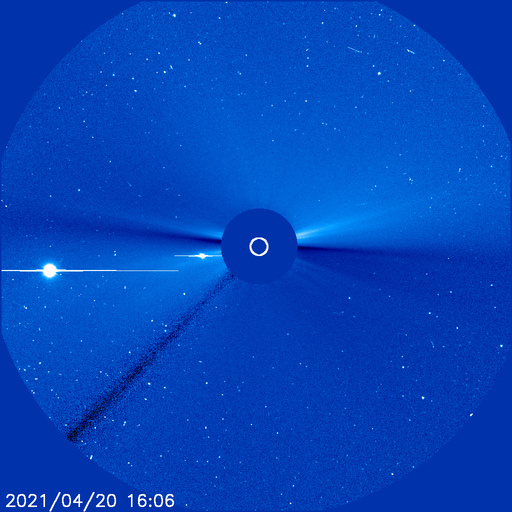 Helio also sent along an image from NASA’s SOHO mission, a spacecraft mission constantly turned toward the sun. The image above shows SOHO’s 15-degree-wide field of view on April 20, 2021. The sun itself is in the center of the image, its brightness obscured by a disk. The two bright objects to the left of the sun in this image are Mercury (closer to sun) and Venus (brighter). Image via SOHO.

And Helio sent along a computer-generated view of the western sky after sunset now, as seen from his location, showing the whereabouts of Venus and Mercury. We see these two worlds exceedingly near the sun in our sky now, which is to say they’re both difficult-to-impossible to see, except with optical aid. But both will be coming into much easier view in May, when you’ll see them with the eye alone, shining in the west after sunset. 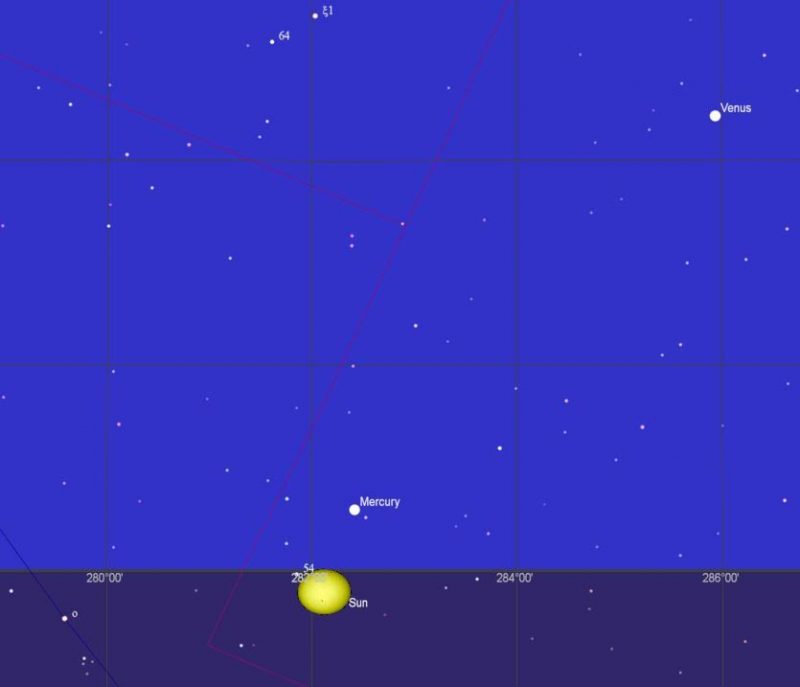 Venus and Mercury after sunset on April 19, 2021. Notice that each of these squares is about 2 degrees of arc wide; that’s about the width of 2 of your little fingers side by side, held at arm’s length in front of the sky. As you can see, Mercury was exceedingly close to the sun on April 19, and Venus was, too. Image via Helio Vital. 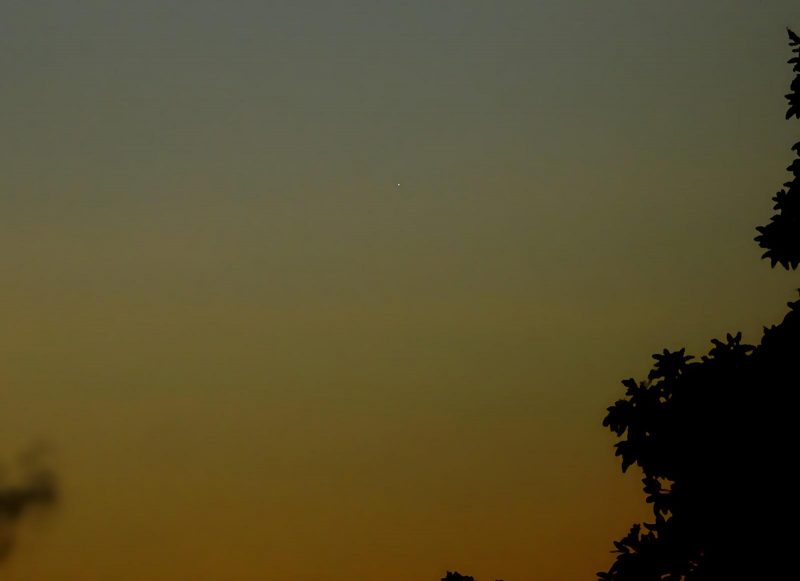 Do you see the tiny dot of light in the upper center of this image? It’s Venus, the brightest planet, back in the evening sky for those using optical aid. Venus pales in comparison to the brightness of the twilight sky. By May, when Venus will be farther from the sun, it’ll shine brightly. Photo taken April 19, 2021 by Helio Vital.

Bottom line: Venus and Mercury are back in the evening sky. Have you seen them? Probably not; they’re exceedingly close to the sun. But EarthSky Community member Helio Vital did manage to capture a photo of Venus on April 19. Way to go, Helio!

Read more: Mercury and Venus pair up at dusk April 24-26