Watch for Venus before dawn

While watching Jupiter and the moon around April 9-11, don’t forget Venus! It passed between us and the sun on March 25 and now blazes in the east before dawn. 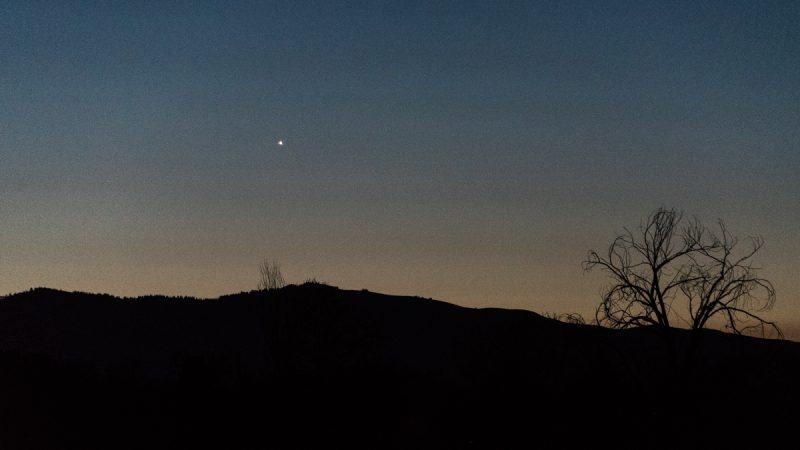 Tim Herring caught Venus on April 9, 2017 and wrote: “Woke to let the dogs out, to find Venus shining above the dawn horizon. Grabbed my camera and hand held this shot. A bit grainy as auto ISO ‘helped.’ I wish I could have crossed the field to get more of the tree silhouette, but it is in my neighbors field and the geese are pairing up and nesting – best not to disturb them.”

All eyes are trained on the moon and Jupiter over these next few nights, but – if you’re up early – remember to look east for Venus, too. Venus is even brighter than Jupiter. It’s the brightest planet – brighter than any sky objects besides the sun and moon. throughout April 2017, people have been waking up to find Venus in the east before dawn, even though this planet has only recently shifted over into our predawn sky. To see it, find an unobstructed eastern horizon shortly before the sun comes up. Then … its brightness might surprise you!

Start watching Venus now before dawn. It’ll reward you with many beautiful beginnings to the day. 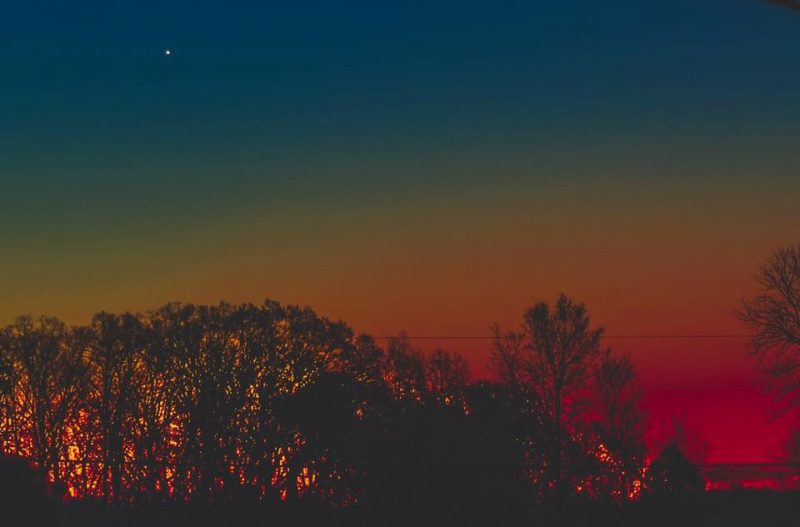 Chris Davis in Loretto, Tennessee captured Venus in the east before dawn on April 2, 2017.

If you could see Venus through a telescope now, you’d find it in a waxing crescent phase. Because it was so recently between us and the sun, its lighted half – or day side – is still facing mostly away from us. Photo taken Saturday morning, April 1, 2017 by Nick Southall on Mon Louis Island, Alabama. 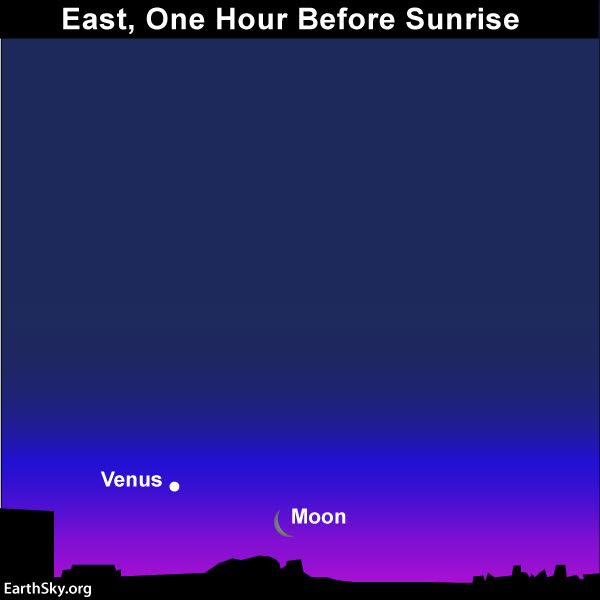 Throughout April 2017, Venus will be appearing a bit higher each morning in the east before dawn, and it’ll be getting brighter! Watch for it on April 23, when it’ll pair with the waning moon. And watch around April 30, when Venus will be at greatest brilliancy for this morning apparition.

Bottom line: Photos from the EarthSky community of Venus in April, 2017, in the east before dawn.