Venus and Mercury, from Brazil

With the exception of Jupiter, the planets in the west after sunset now aren’t very conspicuous. But they’re lining up for some fun in August! 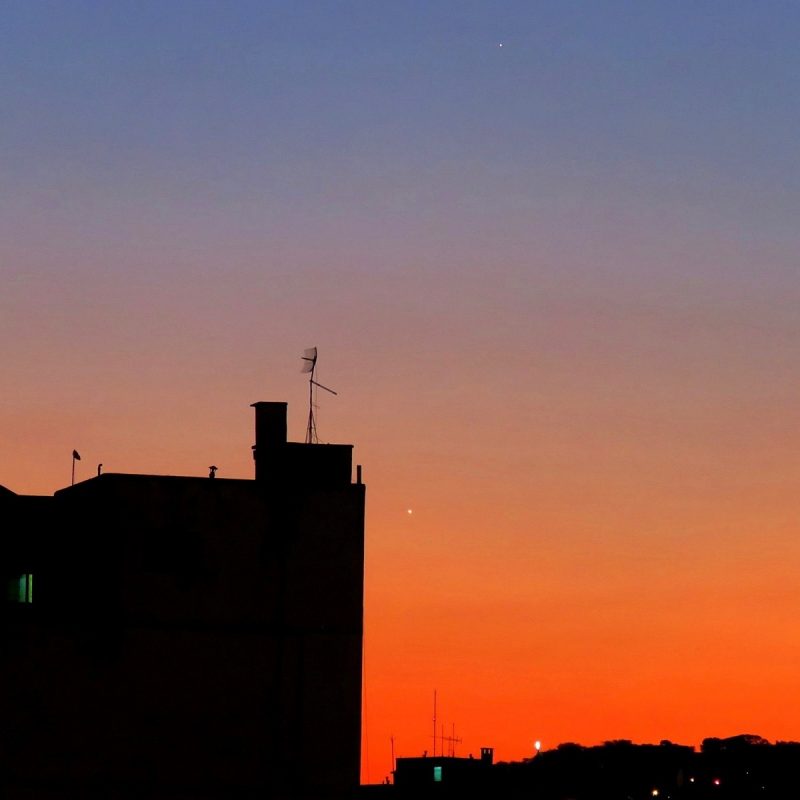 Venus is brighter, to the right of the building. Mercury is at the top of the frame. Photo by Helio C. Vital in Rio de Janeiro, Brazil.

Both Venus and Mercury are in the west after sunset now as seen from around the world. Both are easier to see from Earth’s Southern Hemisphere than from the northern half of the globe. Helio C. Vital in Brazil caught the image above on July 23, 2016, shortly after sunset.

When will you see Mercury and Venus? You can see them tonight if you have an exceptionally clear western sky after sunset. Try using binoculars to scan for them near the western horizon, then remove the binoculars to see them with the eye alone.

Also, note that Mercury and Venus make a different angle with respect to the Northern Hemisphere horizon than what you see in the photo above. The chart below shows them on July 30, when Mercury will be in conjunction with the star Regulus in the constellation Leo. Read more about the Mercury-Regulus conjunction. 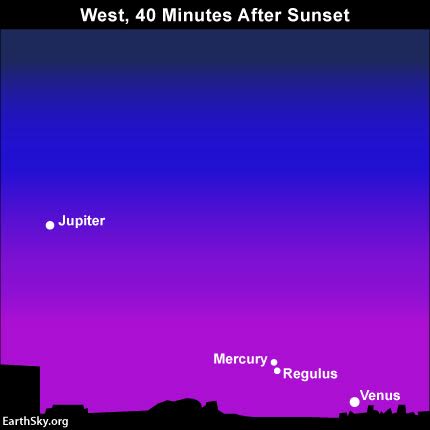 From the Northern Hemisphere, Mercury is above and to the left of Venus. Mercury and Regulus will be in conjunction on July 30. Note that Jupiter – second-brightest planet after Venus – is also in the west after sunset.

As the days pass, Venus will be getting higher in the sky, and it’ll become easier to see. Mercury, of course, never stays in one place in our sky for long, so if you want to catch it, look soon! Mercury will remain visible through early August.

Then – on August 27, 2016 – Venus and Jupiter will stage the year’s closest conjunction of two planets, with these worlds appearing only about 1/15th degree apart on the sky’s dome. For some perspective, 1/15th of a degree is the equivalent of 1/30th of the moon’s apparent diameter. That’s a very small span, and these two worlds will easily fit within the same binocular or telescopic field of view. Read more about the Venus-Jupiter conjunction here. 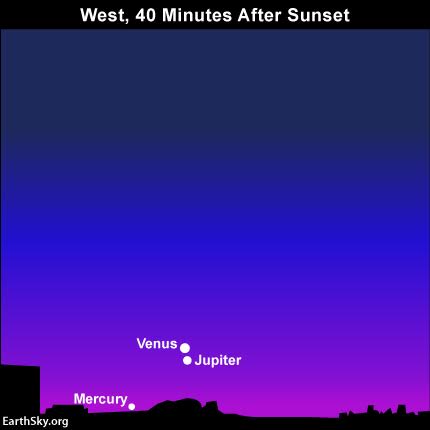 Conjunction of the sky’s 2 brightest planet, Venus and Jupiter, on August 27, 2016. Read more.

Bottom line: Venus and Mercury seen from Rio de Janeiro, Brazil. Plus a preview of what’s ahead for the planets – two conjunctions – and seeing all five bright planets in the evening sky!