Established in 1926, Route 66 was one of the first U.S. Highways and a major route west during the Dust Bowl. It still has a mystique unmatched by few other roads. 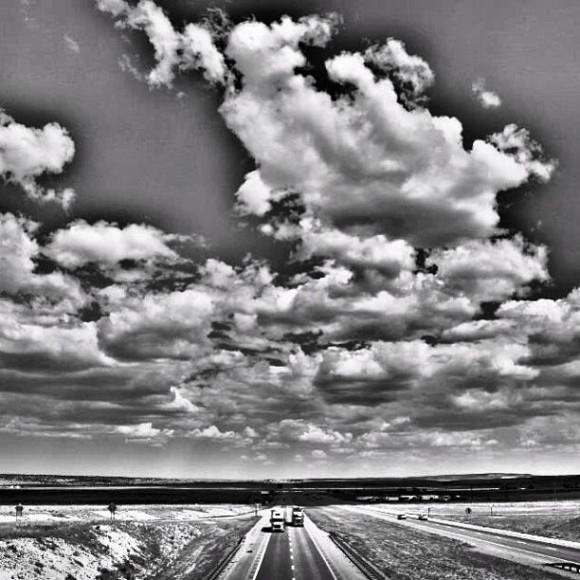 From a bridge over Route 66, somewhere in Texas. Photo by EarthSky Facebook friend Aidan Sean Angus.

If ever there was a road with glamour, this is it … Historic Route 66, sometimes called the Main Street of America or the Mother Road. Established in 1926, it was one of the first U.S. Highways, running originally from Chicago, Illinois, through Missouri, Kansas, Oklahoma, Texas, New Mexico, and Arizona before ending at Los Angeles, California. Route 66 covered a total of 2,448 miles (3,940 km). Many remember and talk about traveling west (or east) along this route.

Though it was officially removed from the U.S. Highway System in 1985, Historic Route 66 still runs through several states.

This photo comes from our friend Aidan Sean Angus, who lives in the U.K. When asked when he took the photo, he replied:

I flew over to do Route 66 in August so it must have been around the 30th August.