A lone tree on the stark slope of a granite dome in Yosemite National Park. 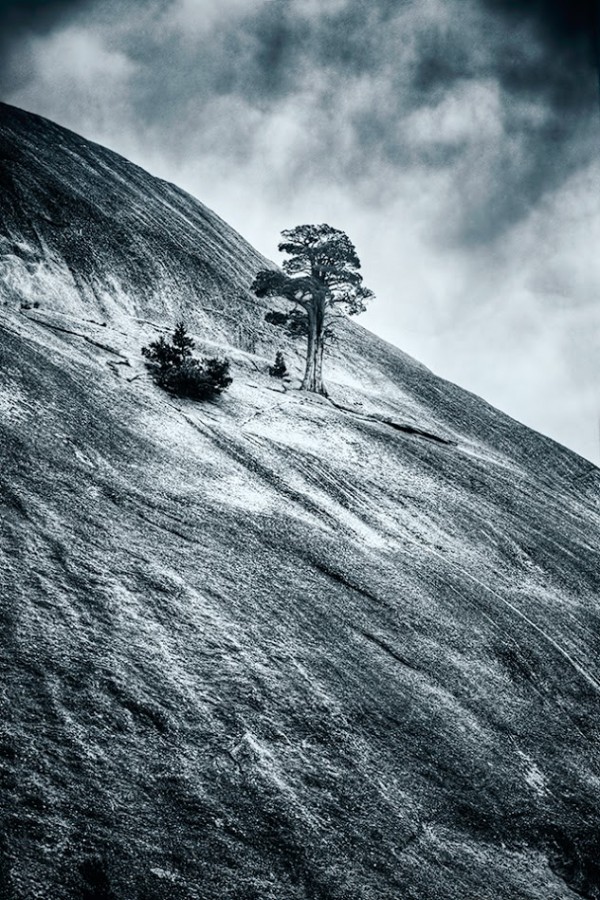 Trees are poems that the earth writes upon the sky.

Kurt Harvey captured this image in Yosemite National Park in California. He wrote:

I’ve admired this tree many times while driving along the Tioga Pass Road in Yosemite. Rooted in a crack on the slope of a granite dome it has a grand view and is also very exposed to the wind. It looks like its doing well though and is inspiring to see.

This was made from a 3 RAW bracketed capture. The sky was pretty featureless with thin overcast and smoke from the fire near Foresta but with some work I was able to bring out the texture you see.