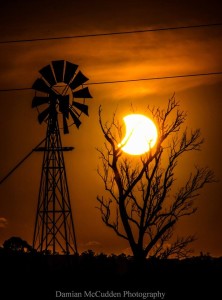 Partial Solar Eclipse at sunset today, I made my way to the farm, went to the old barn but too many trees around so raced back to the windmill and shot it from there, sucks that there is power lines in the way but i reckon they add to the shot and that nice tree next to the windmill adds to the shot to.
Thanks for looking and hope you like it.

Thank you! Your submission has been received!
Oops! Something went wrong while submitting the form.
END_OF_DOCUMENT_TOKEN_TO_BE_REPLACED