Comet Lovejoy came faintly visible to the eye in early November 2013. It was closest to the sun on December 22. It’s currently on the outbound leg of its orbit. 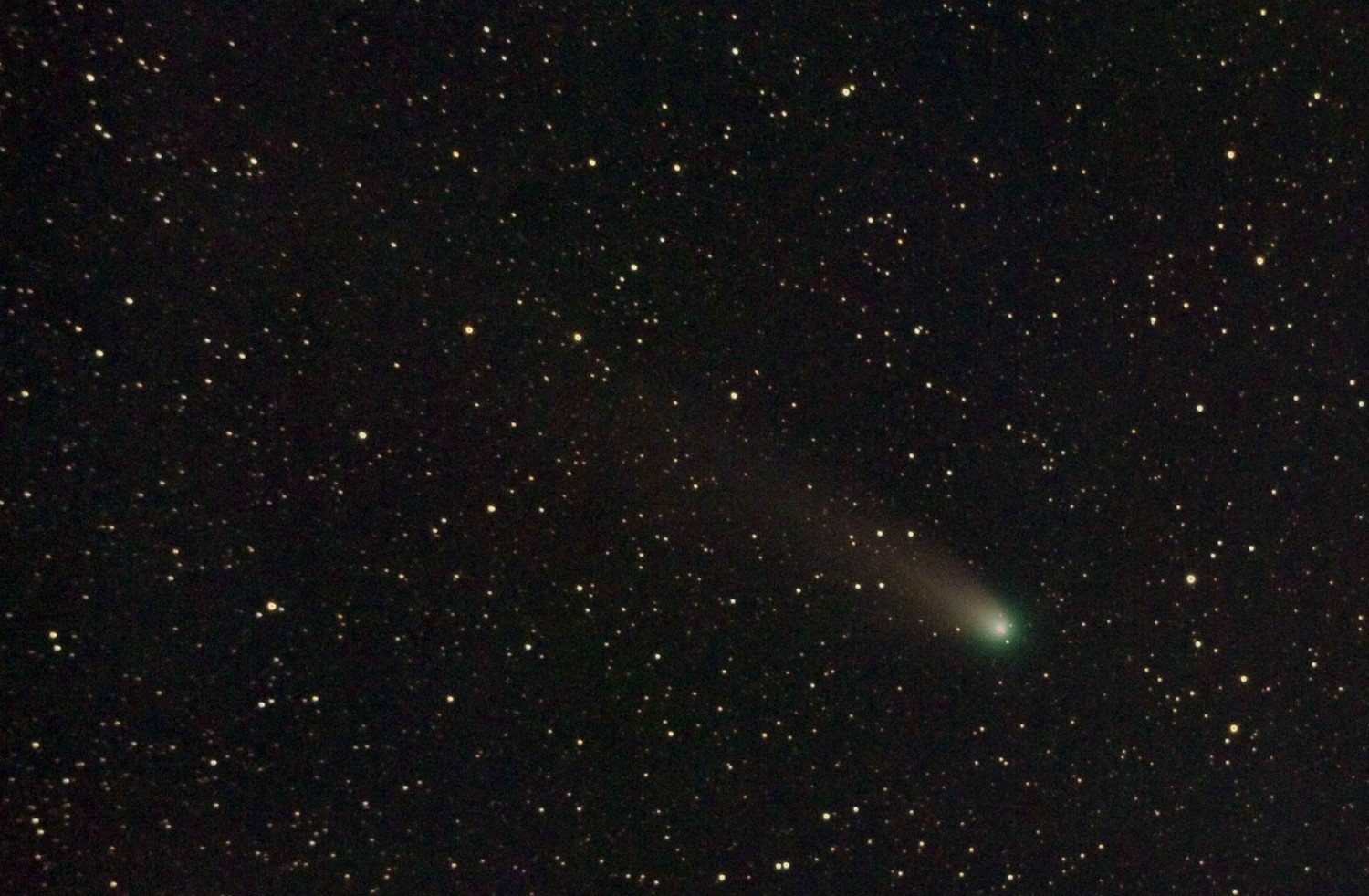 Van Macatee in Rutledge, Georgia caught this photo of Comet Lovejoy, which is now departing our region of the solar system. He wrote:

Imagine doing something newsworthy on July 20, 1969 – the day Neil Armstrong and Buzz Aldrin walked on the moon – and nobody noticed. That is the plight of Comet LoveJoy (C/2013 R1).

With all the hype over the now-defunct Comet ISON, Lovejoy has been overlooked. It has quietly outperformed ISON at every step, even now as it is fading.

This image shows Comet Lovejoy imaged just before dawn on Tuesday, January 14, 2014. Image consists of 4 frames, 180 seconds each, ASA800. The moon was full and sinking in the west as the comet was rising in the east. By the time it cleared the trees to the east of my observatory (driveway), dawn was beginning to break so only a few frames were possible.

The comet’s tail has faded since I last imaged it about 30 days ago. Still, pretty impressive as also-ran comets go…

Comet hunter Terry Lovejoy discovered this comet on September 7, 2013. It became faintly visible to the eye in early November, was closest to Earth on November 19 (59,350,000 km; 36,880,000 mi) and closest to the sun on December 22. Comet Lovejoy is currently on the outbound leg of its orbit. It will slowly fade as it continues its trip away from the sun. It currently can be found in the direction to the constellation Ophiuchus. 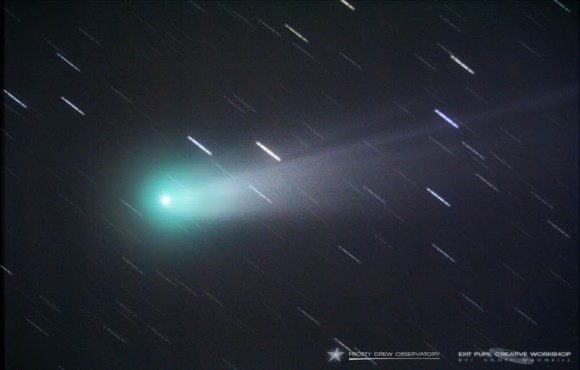 Here is Comet Lovejoy on November 30, 2013, shortly after it was closest to Earth, as captured by Scott MacNeill at Frosty Drew Observatory.

Bottom line: Over these past months, as Comet ISON first raised our hopes then dashed them, another comet – Comet Lovejoy – quietly put on a nice show. Lovejoy was closest to the sun on December 22, 2013 and is now heading outward again. It is a long-period comet, which will not return to our part of the solar system again for thousands of years.