If you photographed the sun at the same time each day – subtracting an hour as needed for Daylight Saving Time – the resulting figure-8 would be an analemma. 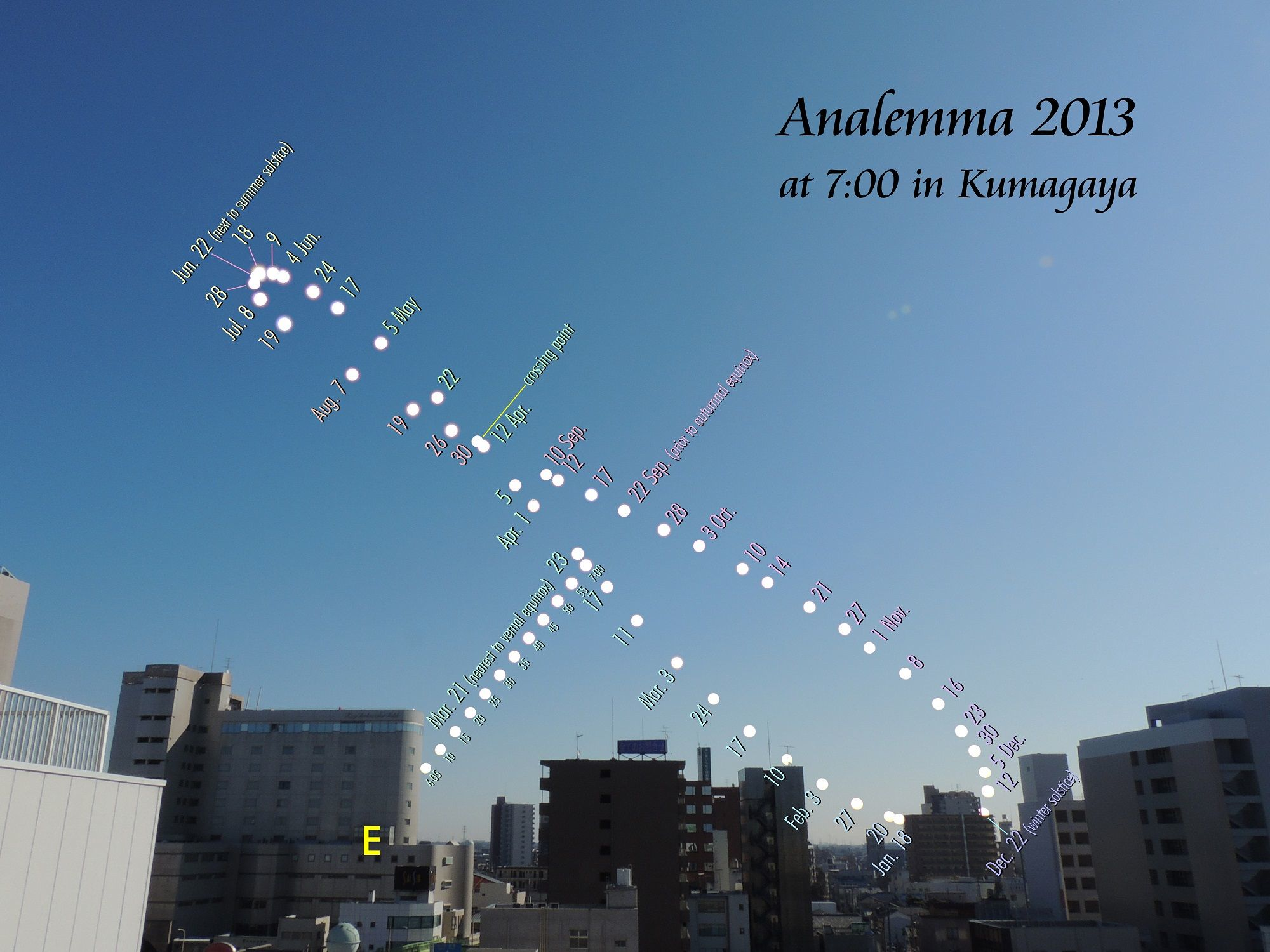 View larger. | Analemma at 7 a.m. in Kumagaya, Saitama, Japan during 2013. Photographed by Masayuki Shiraishi. Used with permission and thanks.

Masayuki Shiraishi in Japan recorded the sun’s position in the sky throughout 2013. He took these photos at the same time every day (7 a.m.). The figure-8 path that resulted is called an analemma. Shiraishi wrote:

Analemma photography requires an astronomical precision alignment, so I used a triple alignment; fixing the mount to the mark on window bar, a rough alignment of the field of view using 2 corner points in the camera view, and a precise alignment of the images using ridge lines of 2 buildings with rotation by 0.01 degrees and magnification by 0.1% on Photoshop. (Each sun image with ND was taken sequentially with the scene without ND and overlaid for the third alignment)

Thank you for allowing us to publish your work, Masayuki Shiraishi. 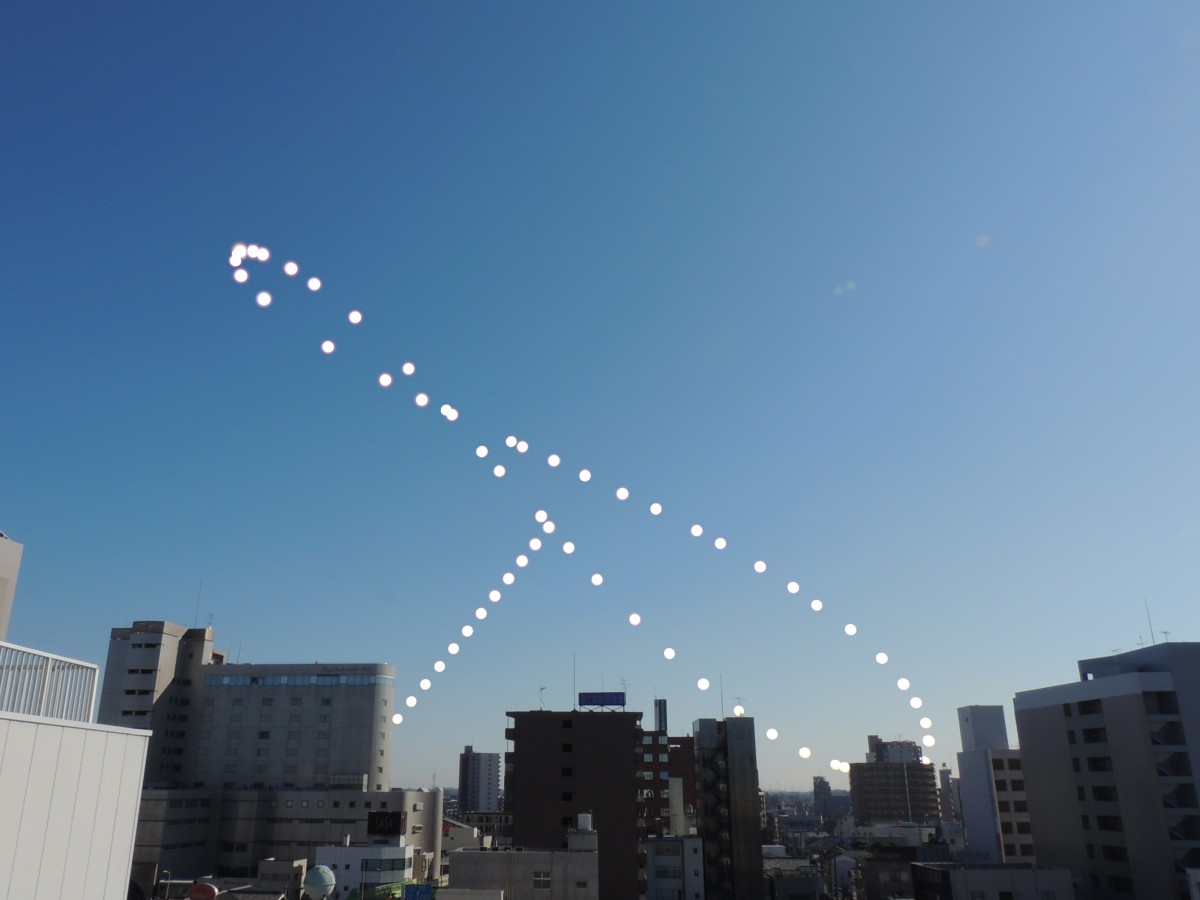 This image is the same as the one above, but unlabeled. Masayuki Shiraishi in Kumagaya, Saitama, Japan captured this analemma during 2013. Used with permission.