Bright auroras reported at high latitudes over both the northern and southern ends of Earth this week.

A stream of solar wind struck Earth’s magnetic field this week, and observers reported bright auroras for several nights in a row. Photos from the EarthSky community, below. 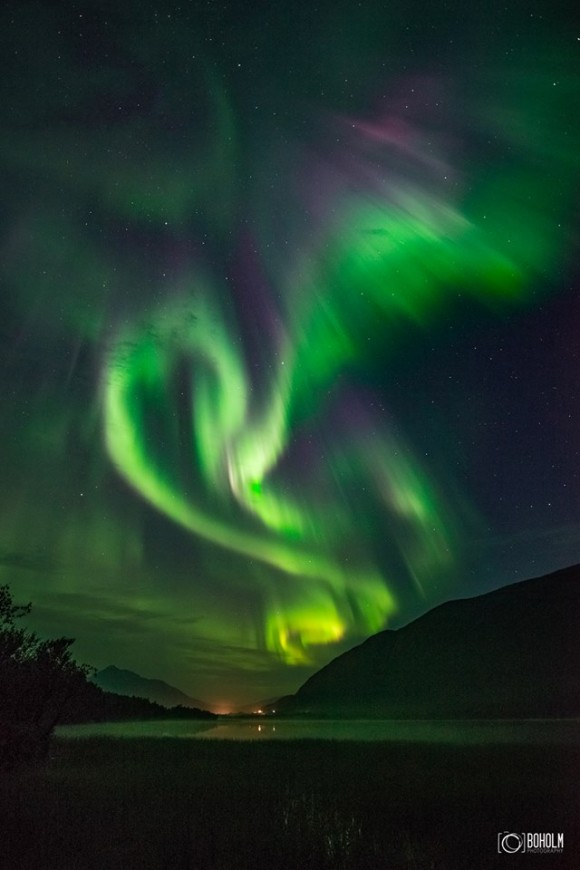 From the night of September 10, over Tromsø, Norway, by Jon-Eirik Boholm. Visit Boholmphotography on Facebook. 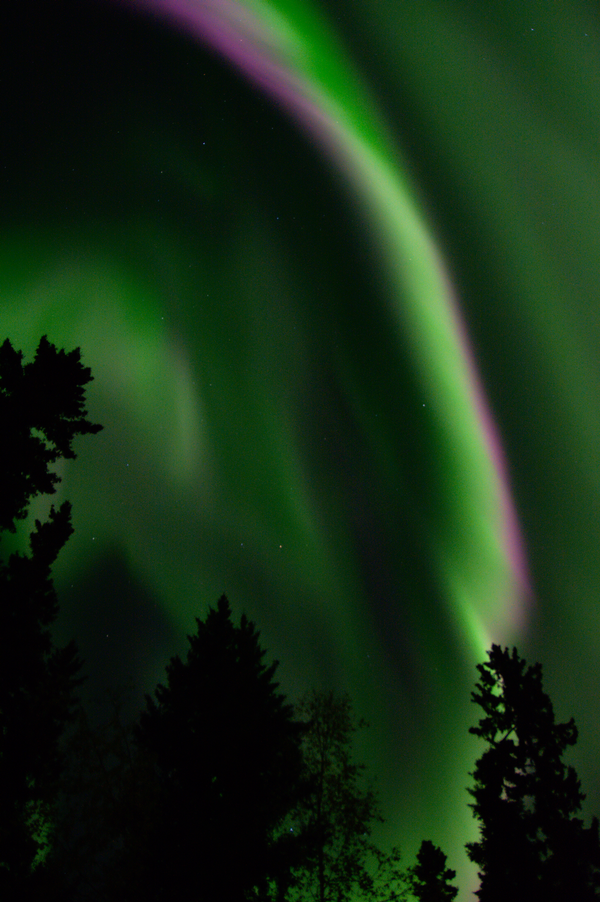 Lee Petersen captured this photo on the night of September 10 from Fairbanks, Alaska. Amazing color! Visit Lee Petersen Photo on Facebook to see the rest of this night’s album.

“The brightest auroras I have ever seen in my life! This night was epic!” said Ruslan Merzlyakov in Nykøbing Mors, Denmark. This is the night of September 7. Photo used with permission. Visit Ruslan Merzlyakov on Facebook. 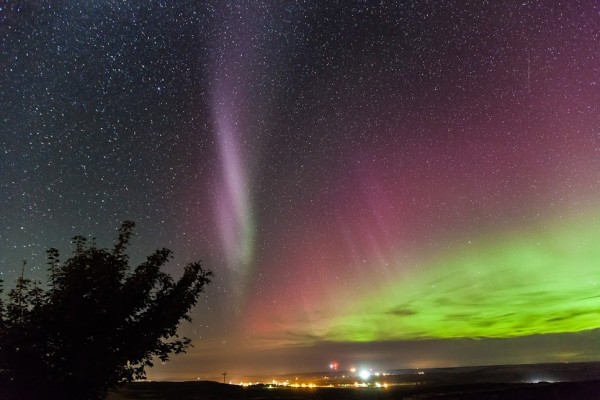 Susan Jensen in Odessa, Washington, wrote of the night of September 8: “The Northern Lights shined high, the highest I’ve ever seen, over Odessa … Curtains of light flowed in ripples straight over my head. It was the most awesome thing I’ve ever seen.” Thank you, Susan! 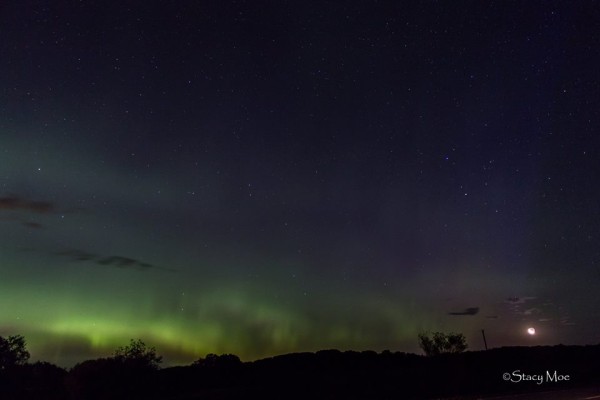 Rising moon and aurora around 4 a.m. on September 9, from Stacy Moe in Vergas, Minnesota. 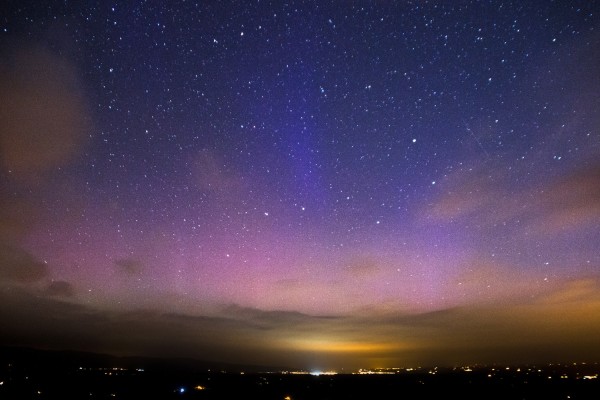 September 7 aurora from Leah Burgess at Knockmealdown Mountains in Ireland. She wrote, “… freeze my bum off up the mountains and maybe get a picture. Cold bum paid off.” It did! Thanks, Leah. 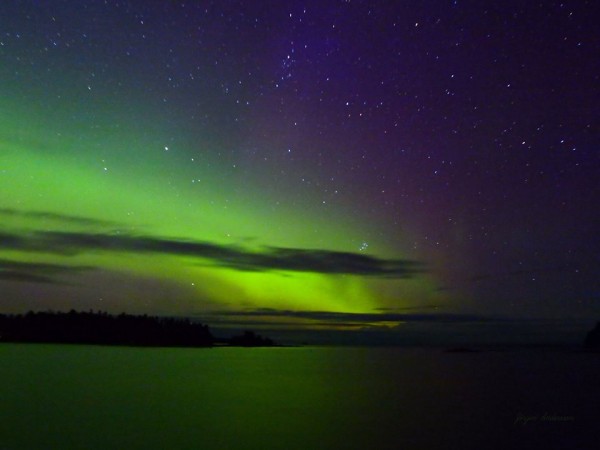 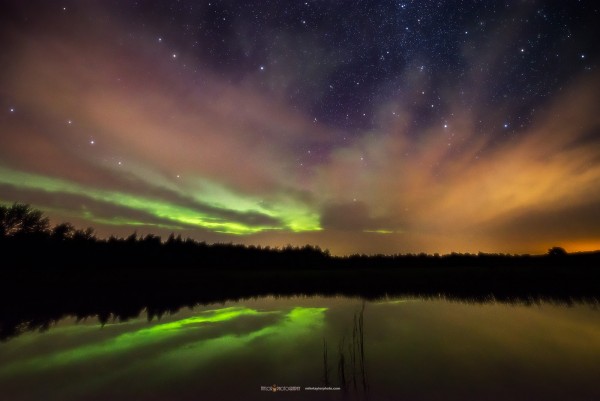 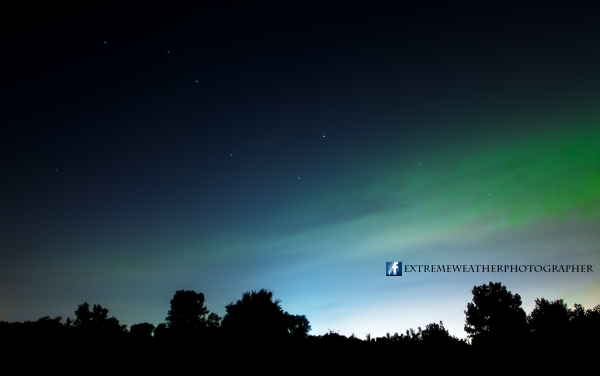 Jeremy Friebel in Wisconsin submitted this photo to EarthSky, of an aurora captured on September 7. Notice the Big Dipper! 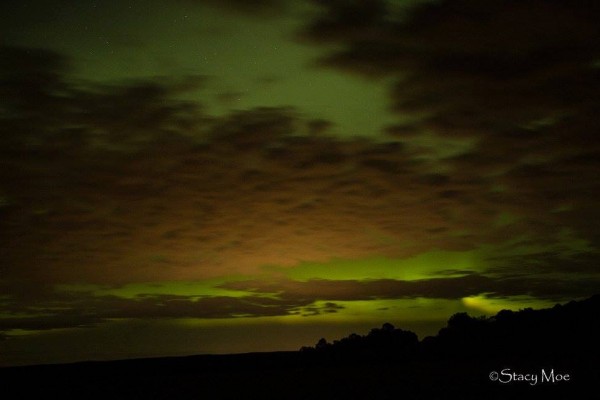 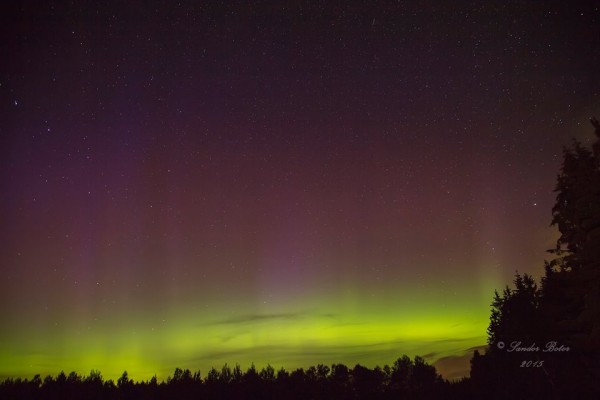 Sandor Botor caught this aurora over Falköping, Sweden on the night of September 7.

Spaceweather.com reported that on September 7:

… in Europe, colorful lights appeared over Sweden, Norway, and Finland, while electrical currents surged through the soils of the Lofoten archipelago. Northern Lights were seen in the USA as far south as Massachusetts, Wisconsin, and South Dakota.

Bottom line: Bright auroras reported over North America and Europe on the night of September 7, 2015.