The moon is now a waning crescent in the predawn sky, and that’s good news for those who want to watch the upcoming meteor showers. 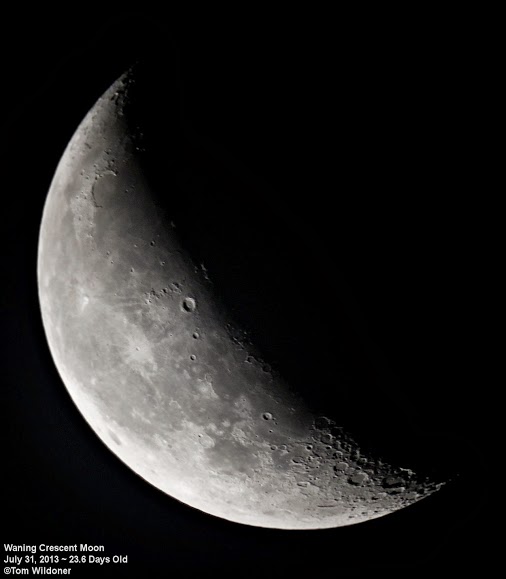 The waning moon, as captured by our friend Tom Wildoner this morning (July 31, 2013).

Here is this morning’s waning crescent moon – July 31, 2013 – as captured by our friend on Google+ and Facebook, Thomas Wildoner. Thank you, Tom!

The Delta Aquarid meteor shower, which has been going on for some days now, has been mostly obliterated by the light of the bright moon. We’ve seen a few photos so far of this year’s Delta Aquarids, but not many.

And that is why this waning moon is such good news. By the time the Perseids peak, on the mornings of August 11-13, the moon will be back in the evening sky, leaving the peak meteor-watching hours of midnight to dawn free and clear.