The June 5, 2013 moon. It’s now waning and in the sky only before dawn. Soon, though, the moon will be back in the evening sky, waxing toward a supermoon. 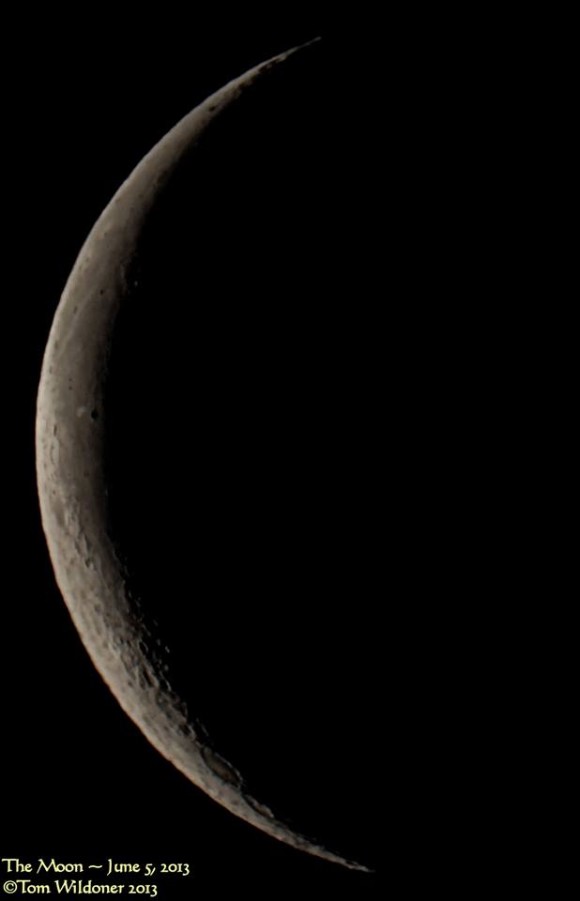 If you’ve been looking for the moon and not finding it, that’s because the moon is now a waning crescent visible only shortly before dawn. Here’s this morning’s moon from our friend Tom Wildoner. Tom wrote:

You should be able to see the moon for another day or two, waning, rising closer to the sunrise. New moon comes June 8. After that, the moon will be back in the evening sky as a waxing crescent. It’ll wax larger each evening until the upcoming supermoon on June 22-23!