This is not Comet ISON, but it could be

There are rumors today that Comet ISON is breaking up as it nears its November 28 closest point to the sun. Here’s what a disintegrating comet looks like. 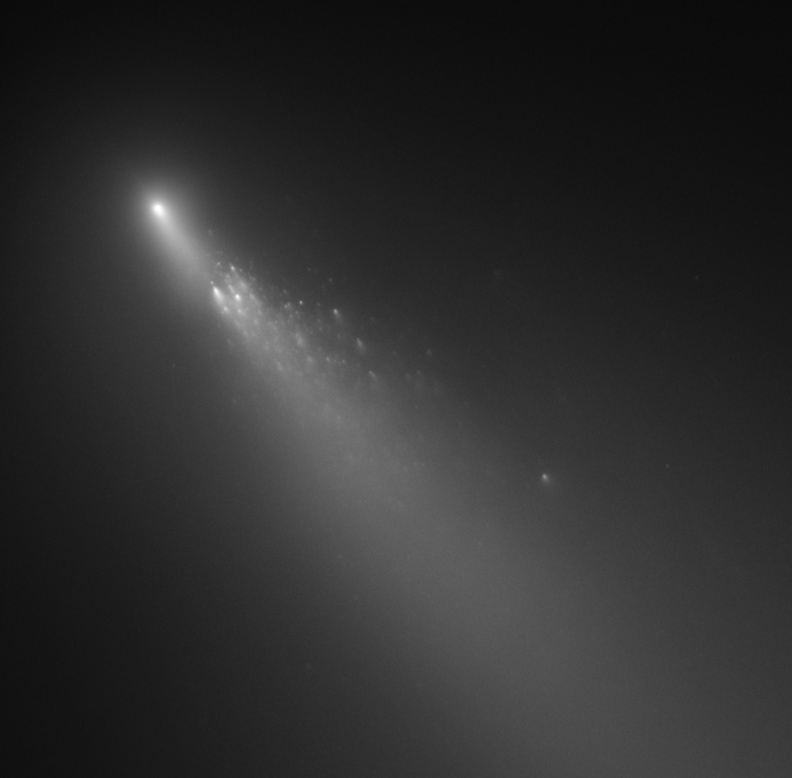 View larger. | This is not Comet ISON. It’s Comet Schwassmann-Wachmann 3, another comet, which was observed to be disintegrated on its pass near the sun in 2006. Image via Bad Astronomy blog via Hubble Space Telescope.

This isn’t Comet ISON. It’s Comet Schwassmann-Wachmann 3, a periodic comet that orbits the sun on a vastly shorter timeframe than ISON, only 5.3 years. This comet is in the process of disintegrating. It was observed to break into fragments as it entered the inner part of the solar system in 2006, as it encountered the sun’s fierce heat, much as ISON is encountering it now.

This comet brings with it some good news, however. Comet Schwassmann-Wachmann 3 is a parent body of a meteor shower – the Tau Herculids – seen from Earth. If Comet ISON breaks up, will we see the meteor shower predicted by some for January 2014?

Schwassmann–Wachmann was estimated to have an original core diameter of 1,100 meters, by the way. What is ISON’s core diameter? Totally unknown, but it might be comparable.