The greening of Earth’s northerly latitudes

Temperature and vegetation growth at northern latitudes now resemble those found 4 degrees to 6 degrees of latitude farther south as recently as 1982. 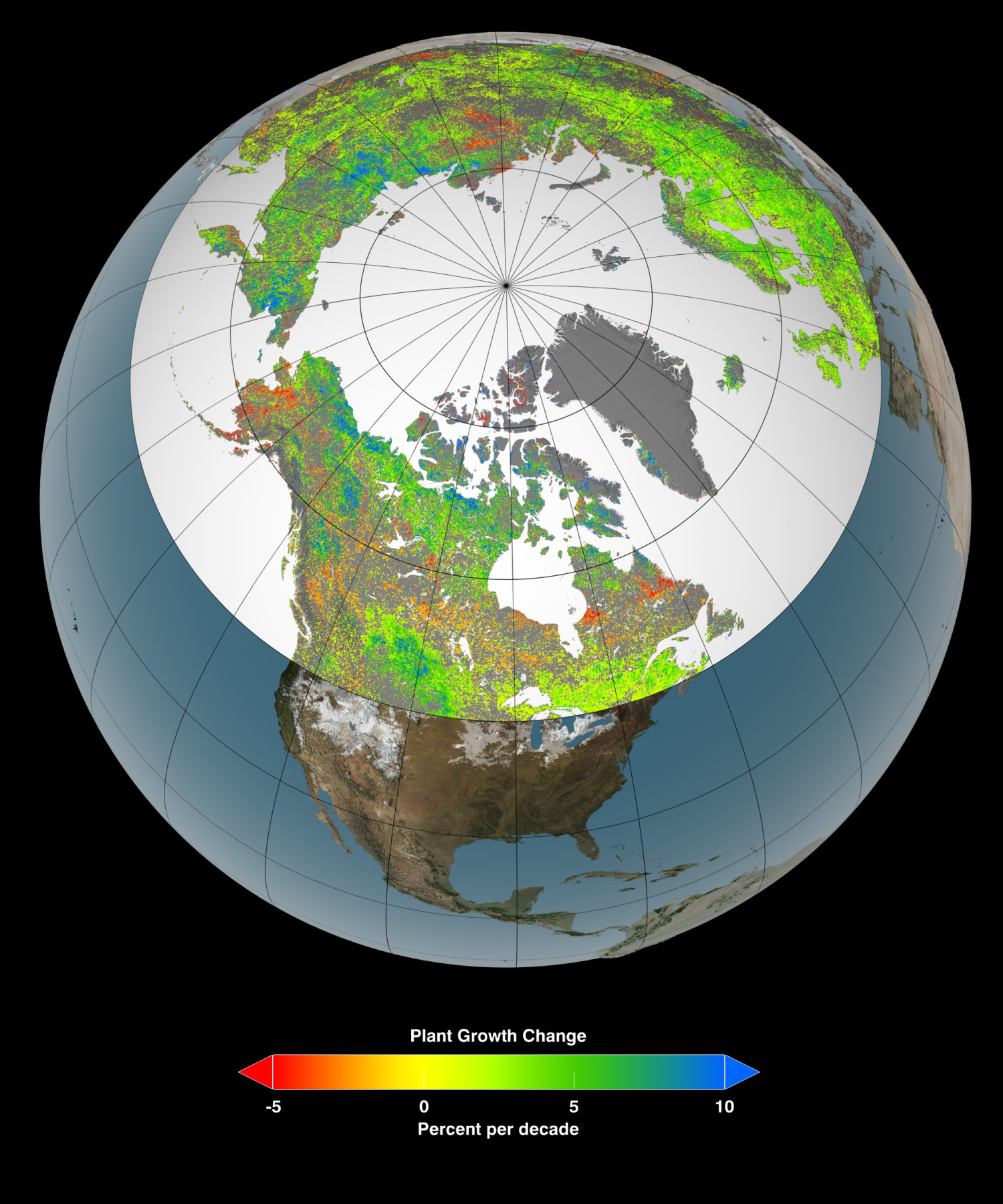 The map above illustrates the results of a new 30-year NASA study, published in the journal Nature Climate Change earlier this week (March 10, 2013). The study suggests that – of the 10 million square miles (26 million square kilometers) of northern vegetated lands – 34 to 41 percent showed increases in plant growth (green and blue). Meanwhile, 3 to 5 percent showed decreases in plant growth (orange and red), and 51 to 62 percent showed no changes (yellow) over the past 30 years.