Supernova in the Superwind Galaxy

This is a Type Ia supernova. A white dwarf pulls matter from its companion star until it begins to collapse. Suddenly .. bam! It explodes as a supernova. 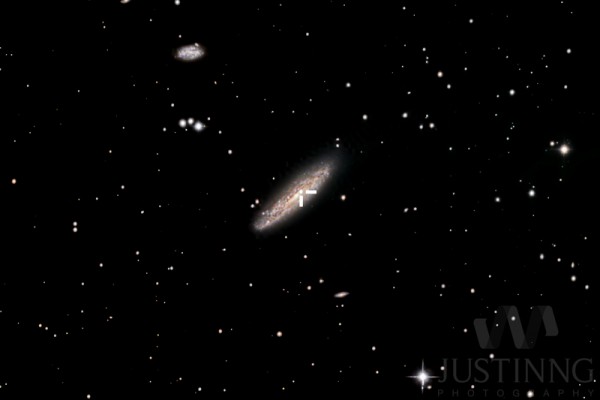 In December, 2014, astronomers spotted a supernova in the spiral galaxy NGC 4666. They gave it the temporary designation ASASSN-14lp. The spiral galaxy and the supernova are approximately 80 million light-years from Earth. The galaxy is also known as the Superwind Galaxy because its rapid star formation creates a superwind of outflowing gas.

Justin Ng in Singapore captured the images on this page of the spiral galaxy. You can see this Type Ia supernova marked by crosshairs in his image above, and, if you’ll compare with his image below, you’ll understand how astronomers discover supernovae!

This was the second-brightest supernova of 2014, although, with a magnitude of 11, it can only be seen through telescopes.

Have a telescope? Want to see the supernova? Check out Bob King’s excellent article. 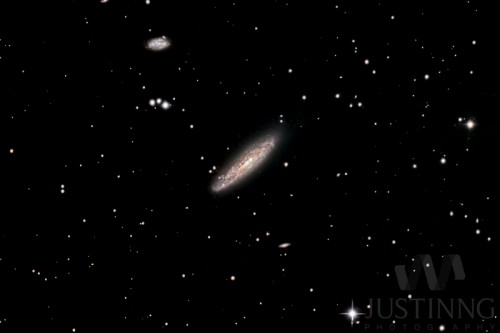 Bottom line: Astronomers discovered a supernova in NGC 4666 in December, 2014. Justin Ng of Singapore captured an image of the supernova – which has a temporary designation ASASSN-14lp – on January 2, 2015.