Before it lost its status as a super typhoon, meteorologists were using words like “monster” and “beast” to describe Neoguri. This image shows you why. 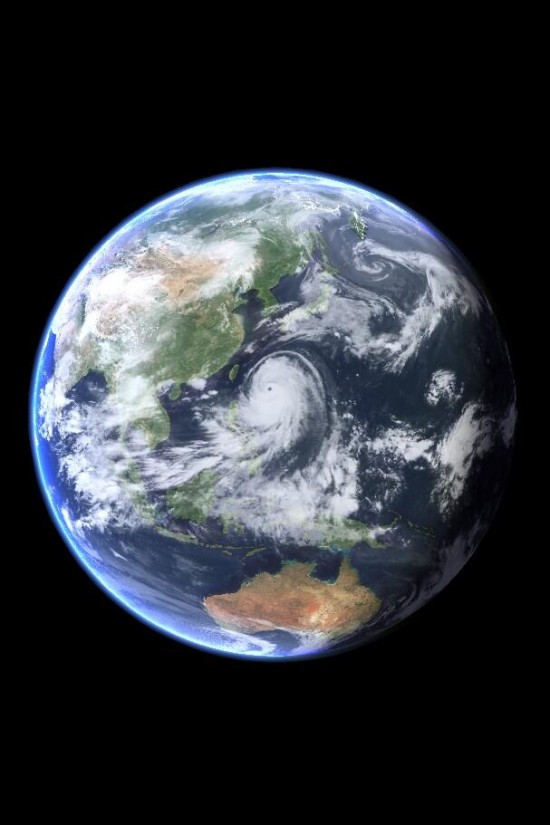 Neoguri lost its super typhoon status yesterday afternoon when dry air to west of the system weakened it. Prior to that weakening, meteorologists were using words like monster and beast to describe Neoguri, which, despite it slower wind speed, tore past the Philippines and buffeted Japan’s Okinawa Islands last night. The image above shows Neoguri on July 7, 2014. It hurtled across the Pacific as a massive storm, and as one point was expected to be the largest typhoon to have struck Japan in the month of July, ever. No more, though. It’s still expected to make landfall in Japan on July 9.