First sunrise in 4 months at Concordia Research Station in Antarctica, about 1,000 miles (1,600 km) from the geographic south pole. 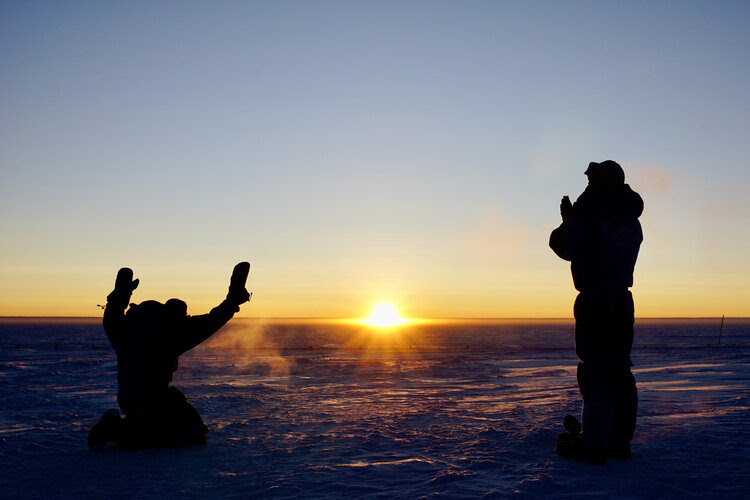 The European Space Agency (ESA) released this image this week. Captured on August 11, 2020, it celebrates the sunrise at Concordia Research Station in Antarctica, after 4 months of darkness. On the left is medical doctor Stijn Thoolen. On the right is engineer Wenceslas Marie-Sainte. They are part of the 12-member crew spending an entire year at Concordia. Image via ESA.

Concordia Research Station is a French-Italian facility, open since 2005, at a location called Dome C on the Antarctic Plateau. It’s 10,607 feet (3,233 meters) above sea level and about 1,000 miles (1,600 km) from the geographic south pole (where the U.S. Amundsen-Scott South Pole Station has been permanently staffed since 1956). The researchers at Concordia were understandably excited this week when the sun rose there this week for the first time in four months, ending the winter darkness.

Read more about this photo from ESA

Winter darkness still reigns over much of the Antarctic continent, by the way. At the geographic south pole, the sun won’t rise again until around the September equinox. 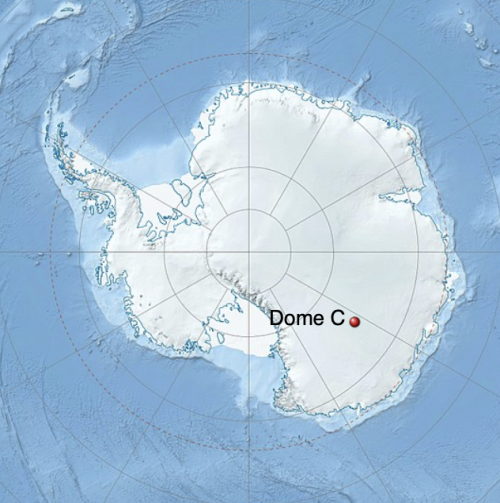 Bottom line: Photo from ESA of the first sunrise in four months at Concordia Research Station in Antarctica.