The storm made landfall near Mozambique in southeast Africa this week, causing at least 7 deaths. Hundreds of miles away, Peter Lowenstein captured strange and shifting skies. 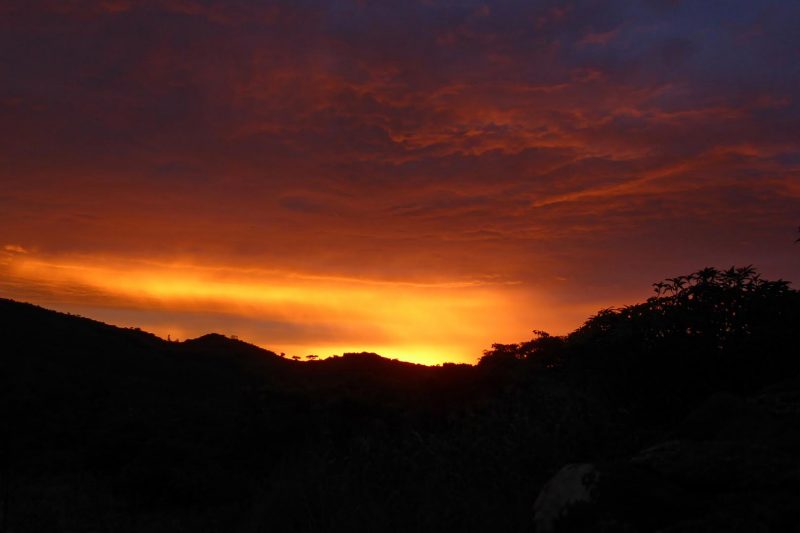 Sunrise, the morning after Tropical Storm Dineo made landfall, by Peter Lowenstein.

Fortunately, Tropical Storm Dineo – remnant of the first cyclone in 10 years to make landfall from the Mozambique Channel in southeast Africa – did not cause serious damage here in Zimbabwe. It barely affected us in Mutare, some 300 kilometers (200 miles) away. This morning, though, we had a strange letterbox sunrise (red sky in the morning, shepherd’s warning), which lasted for just four minutes and flooded the horizon above Cecil Kop Nature Reserve and some other Mutare mountain tops with bright red light. 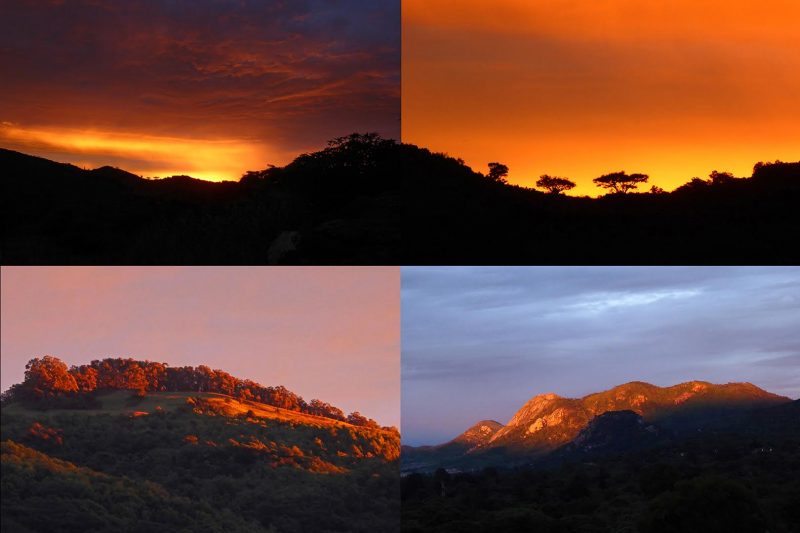 The red sunrise over Zimbabwe after Tropical Storm Dineo, by Peter Lowenstein.

This quickly gave way to grey cloud which changed direction several times during the day and produced persistent rain. In the late afternoon the sky started to clear and around sunset a strange funnel shaped cloud which lasted for 10 minutes appeared over Murambi. It did not reach the ground and surface wind speeds remained low. 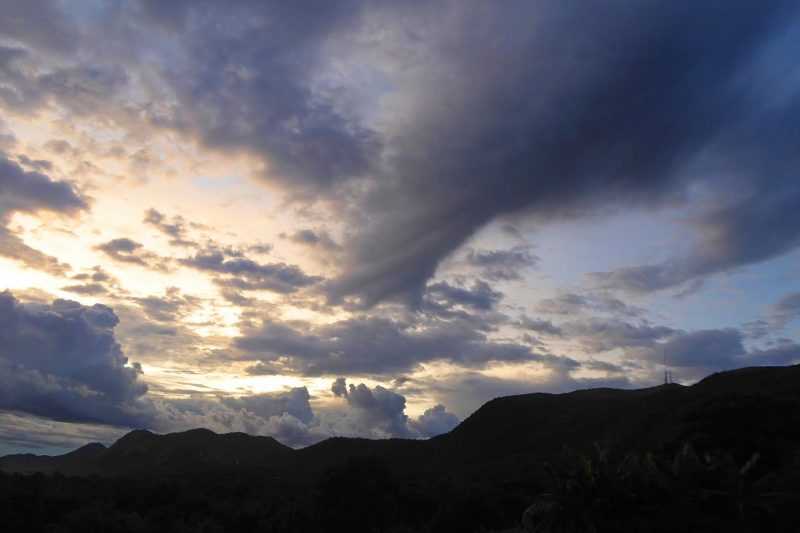 Still later, after dark, there were some isolated thunderstorms with distant lightning which lit up the sky to the east.

These were followed by steady soaking rain which continued most of the night. 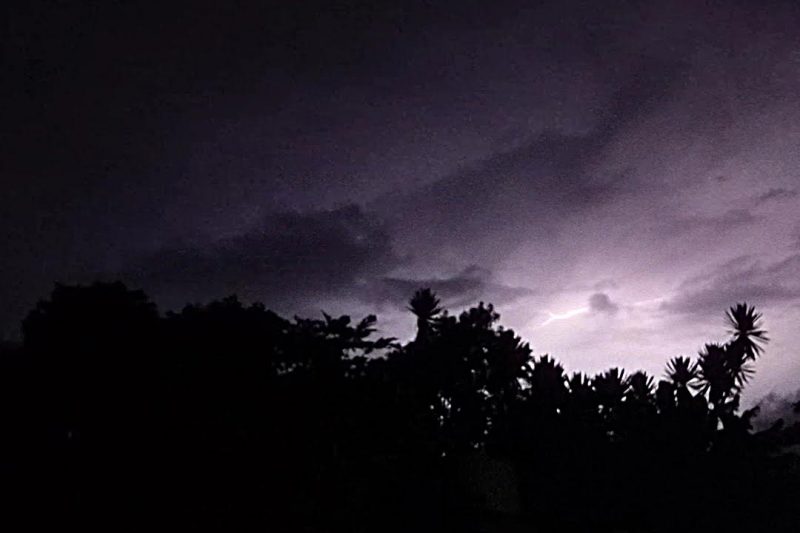 The tweet below from Zenaida Machado gives you some idea of the power of the storm itself, which struck the African nation of Mozambique late in the day on Wednesday and left at least seven people dead and thousands of homes destroyed. Associated Press reports downed power lines and blocked roads in Inhambane, the province that suffered the worst impact of the storm.

Bottom line: Photos of the sky from Mutare, Zimbabwe following the landfall of Tropical Storm Dineo in Mozambique in southeast Africa this week.