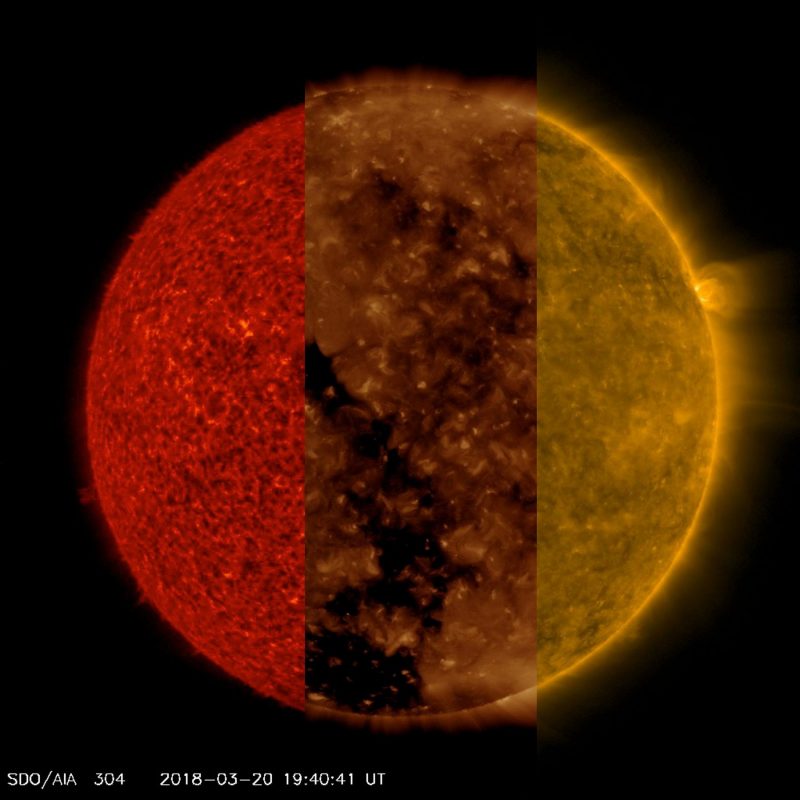 From March 20 to 23, 2018, NASA’s Solar Dynamics Observatory (SDO) captured three sequences of our sun in three different extreme ultraviolet wavelengths. The resulting image illustrates how different features that appear in one sequence are difficult, if not impossible, to see in the others.

In the red sequence (304 angstroms), we can see very small spicules – jets of solar material – and some small prominences at the sun’s edge, which are not easy to see in the other two sequences. In the second sequence (193 angstroms), we can readily observe the large and dark coronal hole, though it is difficult to make out in the others. In the third (171 wavelengths), we can see strands of plasma waving above the surface, especially above the one small, but bright, active region near the right edge. These are just three of the ten extreme ultraviolet wavelengths in which SDO images the sun every 12 seconds, every day.