A beautiful place to see the night sky and contemplate nature’s power. 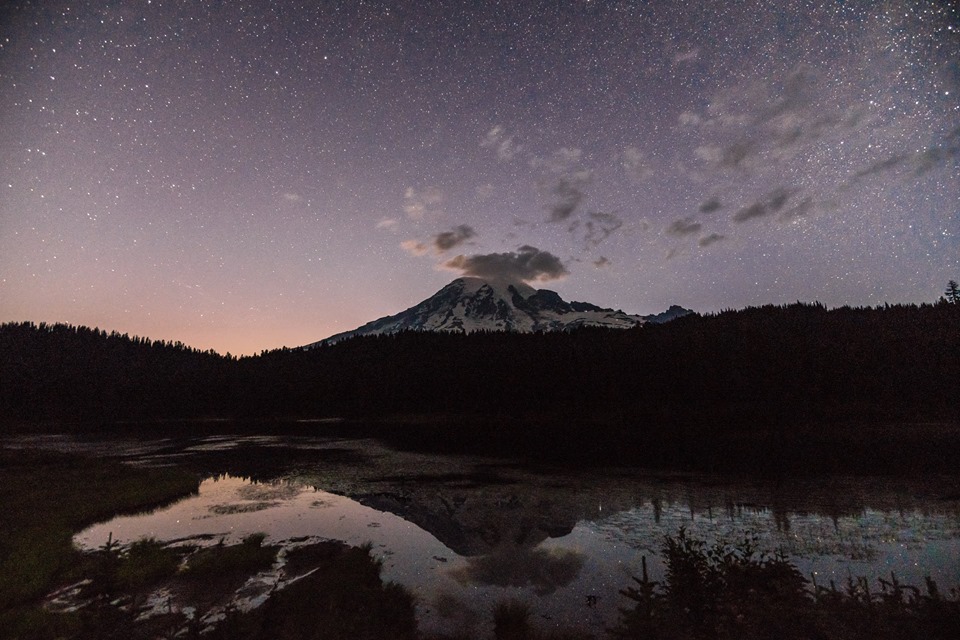 …It was worth the no TV, no AC and no Wifi to be able to stay up in the mountain and explore at all hours into the night.

And indeed it is a beautiful place to watch the sky. View KGS Photo’s album of a night at Mount Rainier National Park.

Do you notice that Mount Rainier looks like a volcano? That’s because it is. It’s large, active stratovolcano located 54 miles (87 km) south-southeast of Seattle. The most recent recorded eruption was between 1820 and 1854. If Mount Rainier were to erupt again – say, as powerfully as Mount St. Helens did on May 18, 1980 – its effect would be even more devastating than than 1980 eruption, since the area surrounding Rainier is more heavily populated.

However, there’s no evidence that an eruption is imminent.