Although at first glance you may see a number of rings in this image, astronomers believe that Messier 94 has just one starburst ring. 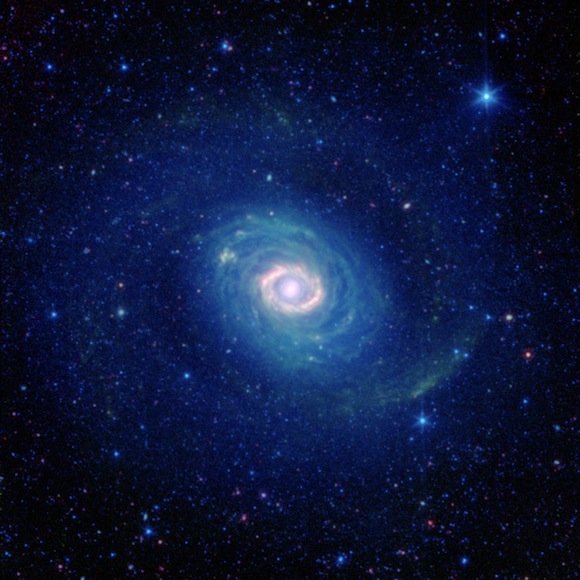 See Full Size | Historically, Messier 94 – also known as NGC 4736 – was considered to have two different rings, however, astronomers have recently discovered that this may be more of an optical illusion. Credit: NASA/JPL-Caltech

The bright inner ring of Messier 94 is identified as a “starburst ring” because of the high quantity of star formation that happens in this confined area.

The outer ring – seen here in a deep blue glow – might be more of an optical illusion. This picture of Messier 94 shows us more clearly that we are seeing two separate spiral arms which appear to be a single, unbroken ring.

More on the details of this image here

In between the starburst ring and the deep blue outer ring is Messier 94’s disk, marked here with a green dust. These arcs can also appear like separate rings, however, they are actually tightly wound spiral arcs.