Abhijit Patil created this long-exposure image at Rocky Gorge in New Hampshire’s White Mountain National Forest on January 5, 2019. “It’s a tricky spot to shoot during the night,” he wrote, “but the night views are spectacular and worth the risk.” 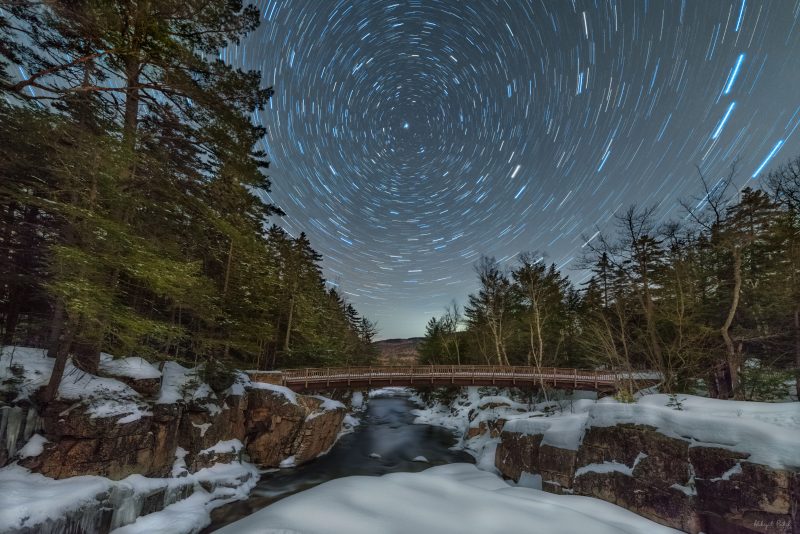 Star trails are the continuous paths created by stars, produced during long-exposure photographs like this one. What happens is the camera doesn’t track along with the stars’ apparent motion as night passes. Instead, the camera stays fixed, while, as the hours pass, the stars move. The resulting photos show the nightly movement of stars on the sky’s dome. Read more: Star trails and how to capture them.

Abhijit told us about his image:

This scenic point lies on the Kancamagus highway based in the White Mountain National Forest. A spot mostly visited during day time, is a tricky spot to shoot at during the night. The snow covers the rocks and it is difficult to find footing. It is a short walk from the parking lot which is mostly covered in snow during winters. The night views are spectacular and worth the risk.