When completed in 2025, the Giant Magellan super-scope in Chile is expected to have a resolving power 10 times that of the Hubble Space Telescope. 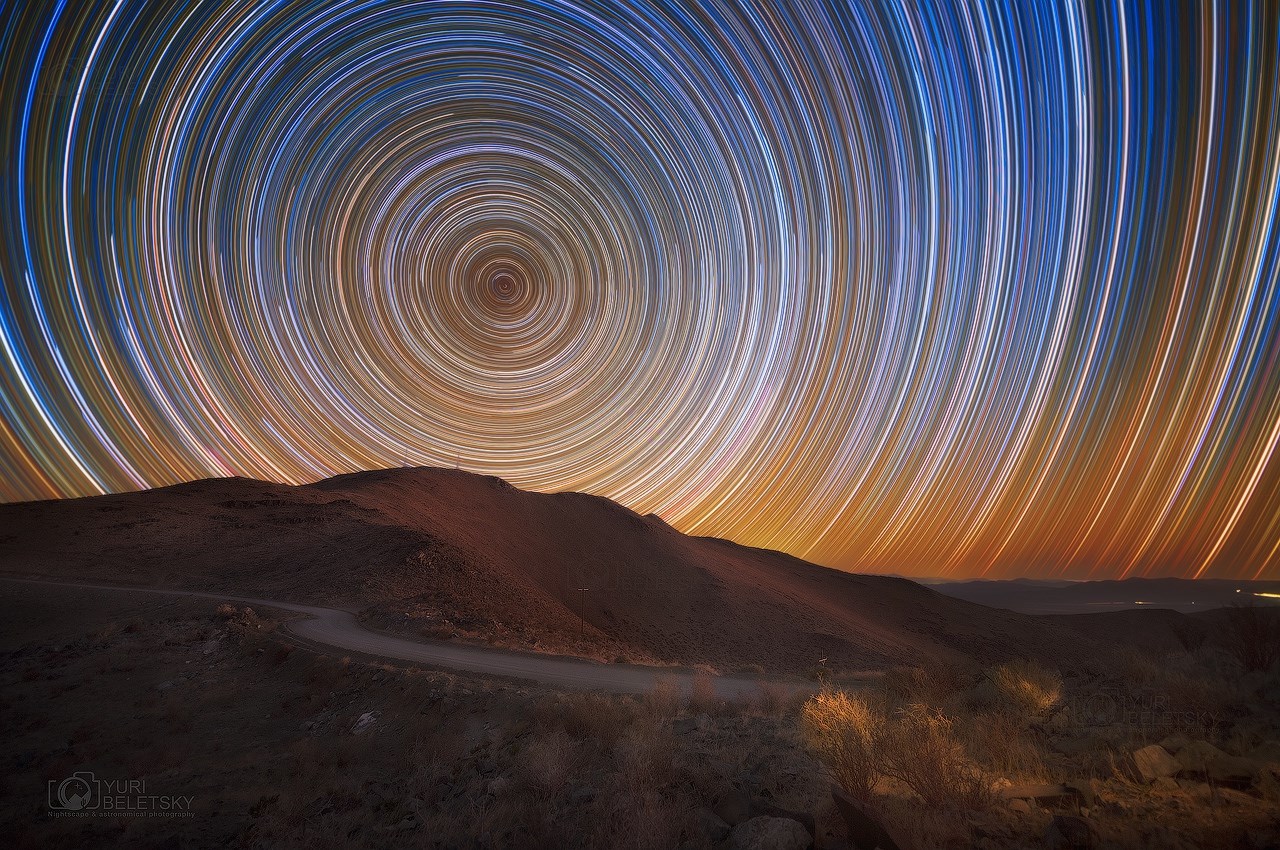 Yuri Beletsky captured these star trails last month and posted them to EarthSky Facebook. He wrote:

The yellowish color of the night sky is probably due to a bit elevated level of dust content in the atmosphere.

I hope you’ll enjoy the image.

According to its website, the Giant Magellan Telescope is expected to have the resolving power 10 times greater than the Hubble Space Telescope. It’ll be the largest optical observatory in the world at the time of its completion in 2025, combining seven of the largest mirrors that can be manufactured, each 27 feet (8.4 meters) across. Together, they’ll create a single telescope effectively 85 feet (25 meters) in diameter.

An international consortium of universities and research institutions is building the super-scope. It’ll be located in the southern Atacama Desert of Chile, approximately 62 miles (100 km) northeast of the city of La Serena, at the southern end of the the long mountain ridge that also holds the Las Campanas Observatory. 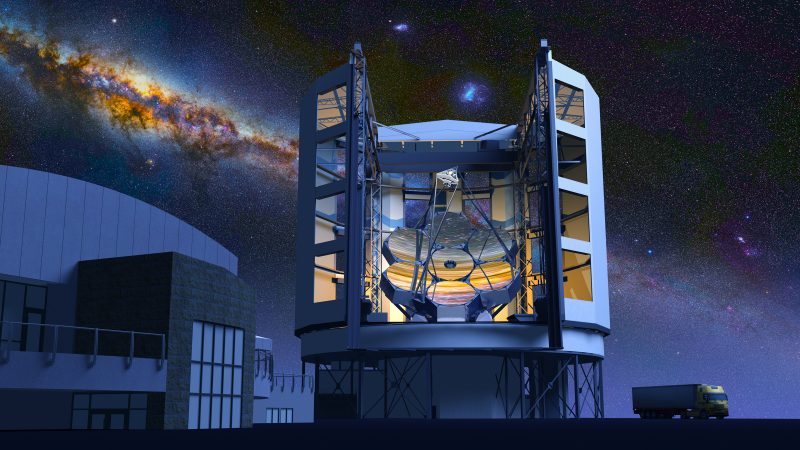 Artist’s concept of Giant Magellan Telescope when completed in 2025. Image via Wikimedia Commons.