Jeff Dai created this moontrail photo by keeping his camera still, rather than tracking along with the stars. He said it was about a 3-hour exposure. 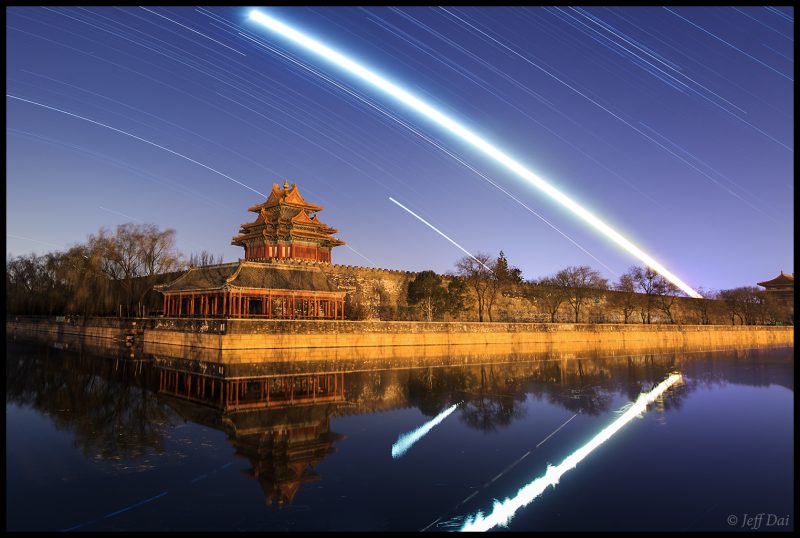 Photo by Jeff Dai of The World at Night on Facebook, December 6, 2016.

Jeff Dai, who has contributed many wonderful photos to EarthSky, wrote:

I’m living at Beijing now. The capital city of China is amazing without haze. Yesterday [December 6], I shot at Jiaolou Tower in the Forbidden City.

The Forbidden City, a world heritage site today, served as the home of emperors and their households, and was the ceremonial and political center of Chinese government, for almost 500 years. 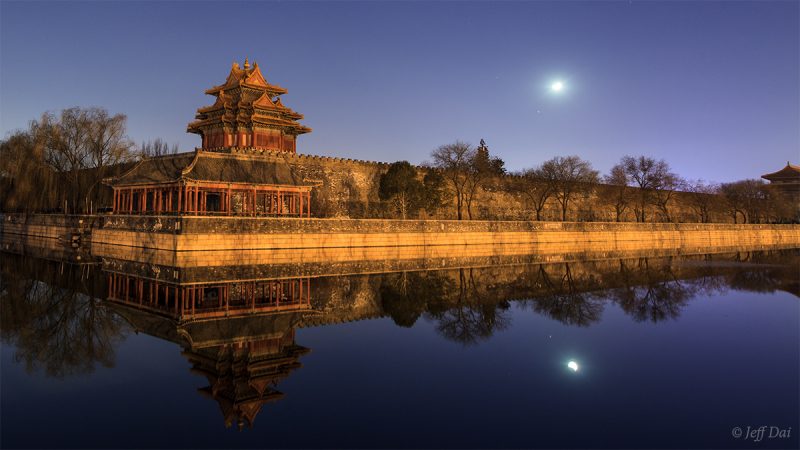 Moon and Mars over the Forbidden City, December 6, 2016. Moon and Mars appear on the right, Venus is in the middle and Fomalhaut – a bright star in the constellation Picis Austrians – trails through the Jiaolou Tower. Photo by Jeff Dai of The World at Night on Facebook. 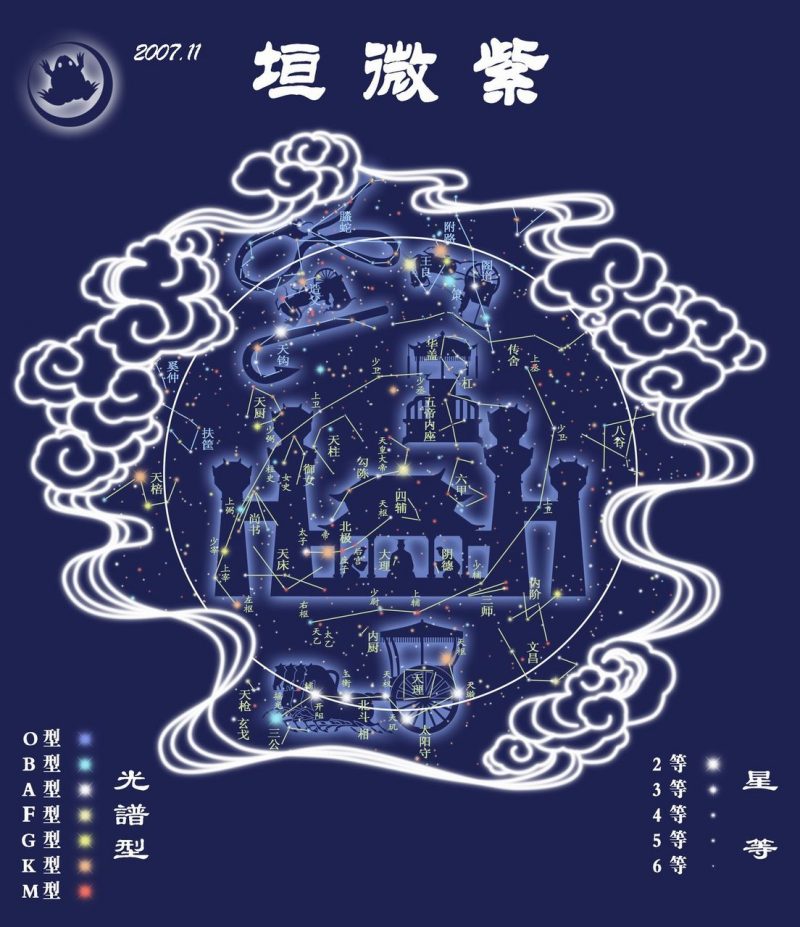 Jeff Dai explained: “The (Purple) Forbidden City is a name with significance on ancient Chinese astronomy. Purple refers to the North Star which in ancient China was called the Ziwei Star, and in traditional Chinese astrology was the heavenly abode of the Celestial Emperor. The surrounding celestial region, the Purple Forbidden Enclosure was the realm of the Celestial Emperor and his family. Even the inside structure of forbidden city was built based on the Purple Forbidden Enclosure in the night sky.” Image copyright Xu Gang. 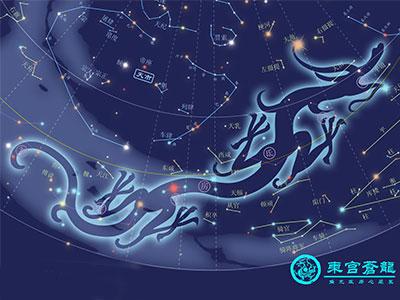 Jeff also said: “Jiaolou Tower was regarded as the guard of the Forbidden City. It was named by the stars of Horn (Spica), which is the first star of Azure Dragon of the East.” Image copyright Xu Gang.

How can I capture star trails?