The bright light in this 25-minute exposure by Victor Goodpasture is the moon. 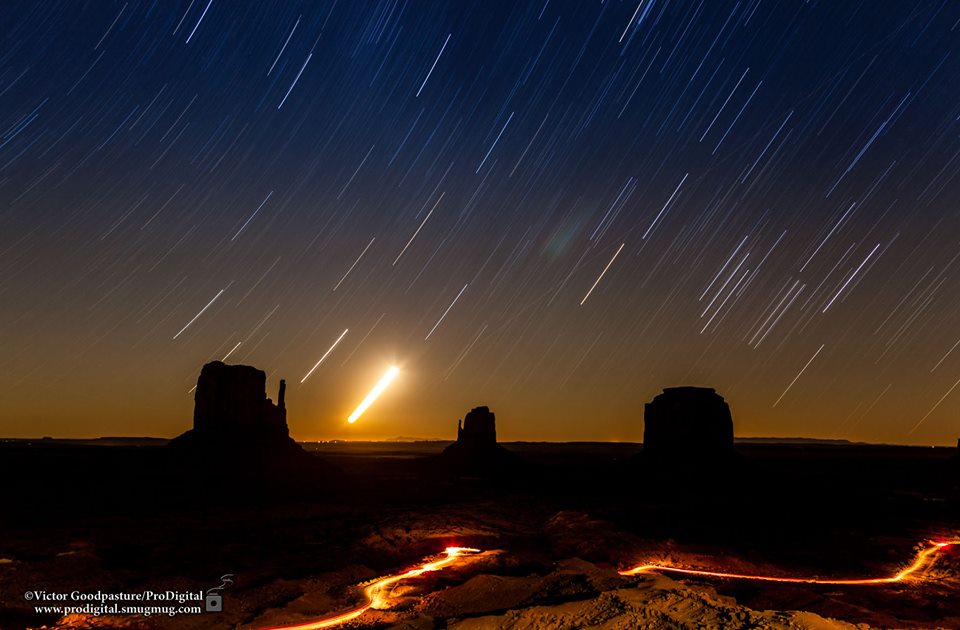 View larger. | Star trails over Monument Valley on September 27, 2013 from Victor Goodpasture. The bright object is the moon. See more from Victor at Professional Digital Photography on Facebook.

This is a classic example of taking the extra effort to get the shot. I was the only person at the overlook. From 11 p.m. to 2:30 a.m., I shot with a variety of exposures and settings. Around 1:10 a.m., the moon rose. This is a 25-minute exposure at f5.6 at ISO 100. Shot with a Canon 5D Mark II using a EF24mm f/1.4L II USM lens. Yes, it was cold but the results were worth it. BTW, because it was cold, it reduced the digital noise that occurs during a long exposure.

Read more: What are star trails?

Monument Valley, by the way, is located on the Arizona-Utah state line near the Four Corners area, where four states come together (Utah, Arizona, New Mexico, Colorado). It’s characterized by several large sandstone buttes; the highest reaches about 1,000 feet (300 meters) above the valley floor.

It’s said that when people think of the American West, they think of a landscape like that in Monument Valley. 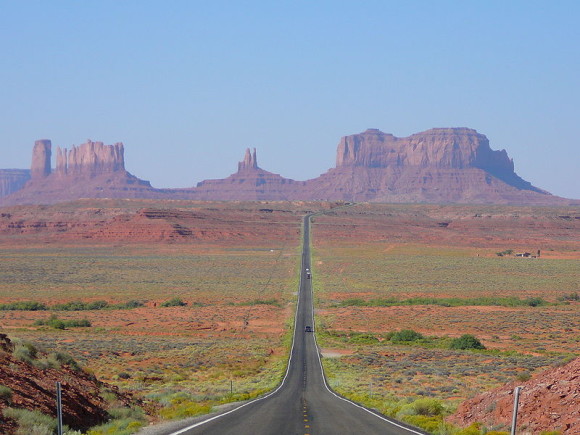