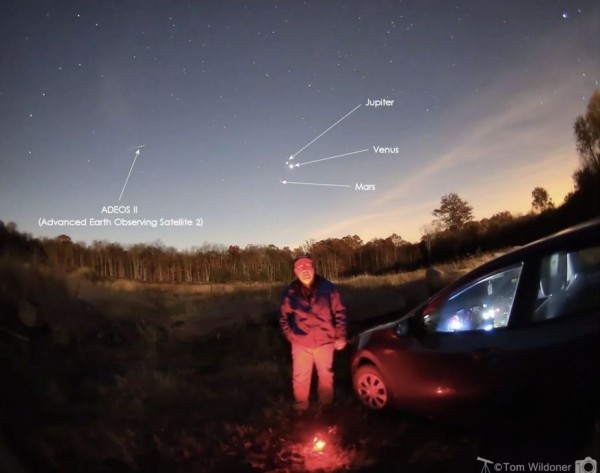 Spooky selfie – the planetary trio Venus, Jupiter and Mars – and a dead satellite posted at EarthSky Facebook by EarthSky by Tom Wildoner of LeisurelyScientist.com

Our friend Tom Wildoner wrote at his blog:

What do a spooky-looking selfie, three planets and a dead satellite have in common? They are all in this photo from October 26, 2015. I thought I would try a selfie on Monday morning using my Canon 6D and Lensbaby Fisheye lens (15 seconds at ISO 3200), after examining the photo I noticed a small streak in the background that I later identified (using Starry Night Pro software) as satellite ADEOS II, which died in orbit in 2003 after the solar panels failed.