Big spider web outside a house in Hillview, Kentucky, United States. Look below for fun facts about spider webs. 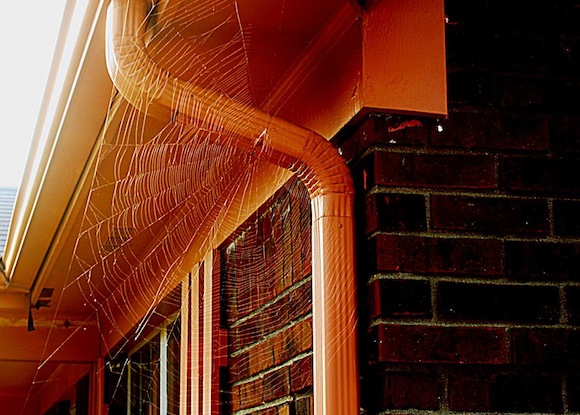 Close up view of large spider web outside the house of EarthSky Facebook friend Don Spain. Thanks, Don!

Spider webs are fascinating and can be among nature’s most beautiful creations. Here’s a really big web, captured in this photo by our friend Don Spain of Hillview, Kentucky. He had the following to say about this image:

Spiders are amazing engineers and artists. This web is very large, 3 feet by 4 feet, not counting the leader lines.

Here are some fun facts about spider webs.

Thank you, Don Spain, for your photo and for giving us an excuse to think about spiders! They are fascinating creatures.

How does a spider spin a web between two trees?